Was This Team Blake Singer’s Chris Stapleton Cover Enough To Save Him On ‘The Voice’? 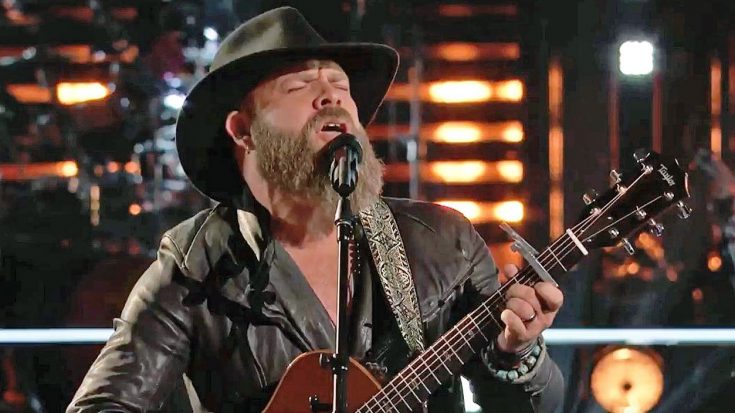 Since he first made his appearance on The Voice with his blind audition performance of “Midnight Rider,” Adam Cunningham has been a fan-favorite. A native of Nashville, Cunningham earned himself a spot on Team Blake with his pure country vocals.

When it came time for the battles, Cunningham was paired with teammate Natalie Stovall. The two delivered a mind-blowing performance of Little Big Town‘s “Boondocks,” leaving Shelton with a tough choice to make. He ended up saving Cunningham for his team, and Stovall was sadly sent home.

Once again, Cunningham fought to keep his spot on The Voice when he stepped up to perform during the knockout phase of the competition. The first round of knockouts aired on Monday night (October 30), and pitted Cunningham against his teammate Esera Tuaolo.

Knowing that he had to make a good impression, Cunningham chose to sing a Chris Stapleton song for his knockout performance. The song he picked was “Either Way,” which Stapleton released in May 2017 as the lead single off of his album From a Room: Volume 1. The song reached the 17th spot on the Hot Country Songs chart, and Stapleton earned immense praise for his powerhouse performance.

Cunningham brought that same sense of power to his own performance of the song. With no band backing him, Cunningham’s voice was often left alone, and he shined in those moments.

You could tell from watching the coaches that they were mesmerized by Cunningham’s showcase of talent. Shelton was equally impressed, and was once again left with a tough choice to make once Cunningham and Tuaolo finished their knockouts.

In a surprising twist, Shelton actually ended up choosing the soulful Tuaolo over the more countrified Cunningham. But Cunningham’s time on The Voice isn’t over! Adam Levine recognized his potential to win the whole thing, and used his steal to welcome him to his team!

Now you can tune in below to catch the captivating performance that helped Cunningham keep a place on The Voice! How do y’all think he did?