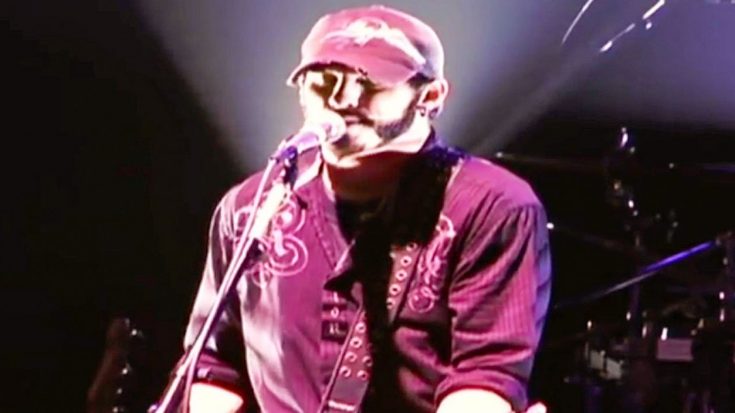 A lot has changed since Brantley Gilbert broke into the country music scene in 2009. For starters, he now looks nearly unrecognizable in comparison to his younger self.

Posing on the cover of his debut album, Gilbert appears clean-shaven and sports a full head of hair. Anyone who follows Gilbert now knows that he no longer resembles the young man on that album cover. But one thing remains the same…his incredible talent.

Gilbert’s debut album was titled Modern Day Prodigal Son after its seventh track. Although the song was never released as a single, it’s one that has maintained a strong attachment to Gilbert’s name.

Recently, a clip resurfaced on YouTube of a young Gilbert performing “Modern Day Prodigal Son.” The user who shared the video indicated that it may have been filmed in 2008 during Gilbert’s appearance at the Georgia Theatre for Blackout Weekend.

Gilbert’s mother happened to be in the audience that night, and he made sure to point her out to the crowd. His shout-out was met with enthusiastic cheers as he got ready to move into his song.

Even in those early days, Gilbert displayed a powerful sense of confidence, something that he’s well-known for now. Still, we can clearly tell from this clip how he’s grown as a performer. It’s an amazing thing to be able to see that transition!

Overall, Gilbert’s performance of “Modern Day Prodigal Son” was passionate and entertaining. He also shows off his guitar skills in the clip, making it all the more enjoyable to watch.

Tune in below to see a young Gilbert perform when he was still an up-and-comer in country music. He’s come a long way since then!