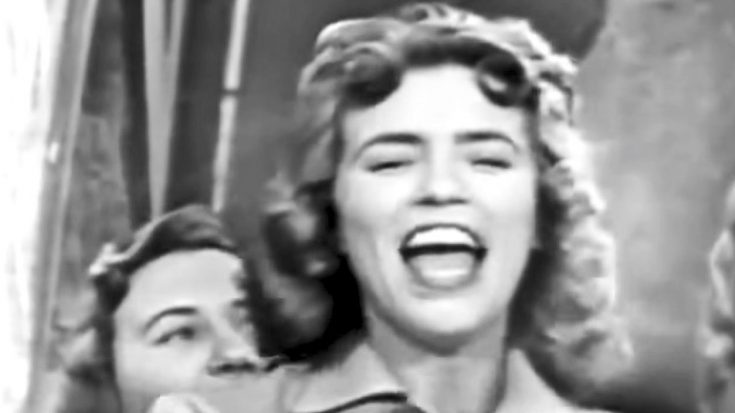 In the entire course of country music history, few female artists have achieved the same level of success as June Carter. As part of the prestigious Carter Family, Carter grew up surrounded by quality country music. It was only a matter of time before Carter went on to become a star all on her own.

That’s exactly what she ended up doing, and she pursued a career as a singer, songwriter, actress, dancer, comedian, and author. In addition to all of that, Carter was able to play the guitar, banjo, harmonica, and autoharp.

Carter was also known for her fiery personality, which often came out in her duets with her husband, Johnny Cash. That same sense of spunk is also clear in her solo performance of a Chuck Berry classic titled “Thirty Days.”

Written by Berry, “Thirty Days” was first released by him in 1955. According to author Howard A. DeWitt, who wrote Chuck Berry, Rock ‘N’ Roll Music, Berry wrote “Thirty Days” as a tribute to Hank Williams and his style of country music.

Country stars quickly latched on to Berry’s song, with artists such as Ernest Tubb and The Tractors recording it over the years. It was also a song that caught the attention of Carter, who performed it during a televised performance early on in her career.

This undated clip of Carter shows her singing “Thirty Days” in an over-the-top manner. She tapped her foot and swung her arms around to the beat of the music, adding further flair to her already sassy performance.

The best part of the entire performance was at the end, as Carter attempted to hop up on a small platform in front of her. She completed the jump successfully, but wasn’t quite able to pull off the little dance move she had planned. That resulted in a hilarious conclusion to an already entertaining performance.

Tune in below to watch a young Carter show off her spunk in her lively performance of “Thirty Days.” She was truly one in a million.