By Manly Bryant on August 16, 2017
Advertisement 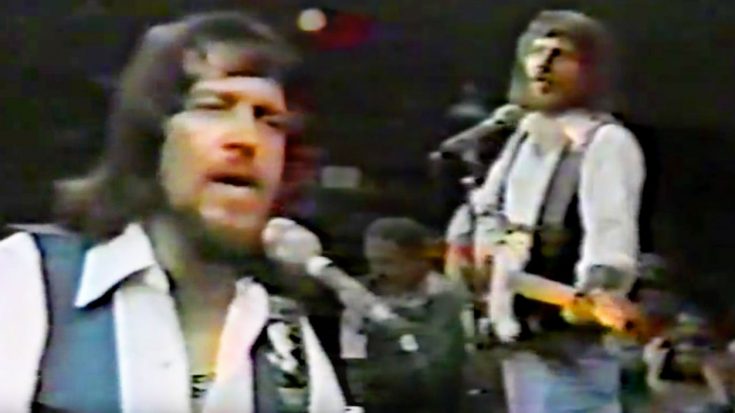 Arguably one of the most iconic country singers to ever issue an album, this legend took to the soundstage for a cover of “Midnight Rider” that will get y’all choked up!

Known for his endless talent as a musician, songwriter and vocalist, Waylon Jennings was an original pioneer of the Outlaw Country movement that began in the 1970s, and he continued to produce hit albums filled with outlaw content throughout his entire career.

About midway through the 70s, Jennings performed a concert at The Soundstage that was both televised and recorded – and we’ve dug up a stunning clip from that concert that will bring the memories flooding back.

Singing The Allman Brothers’ hit song, “Midnight Rider”, Jennings pours every bit of his heart and soul into this epic outlaw rendition and has the entire crowd stomping their boots to the beat.

Watch this unforgettable throwback performance in the video below and let us know what your favorite part is in the comments!