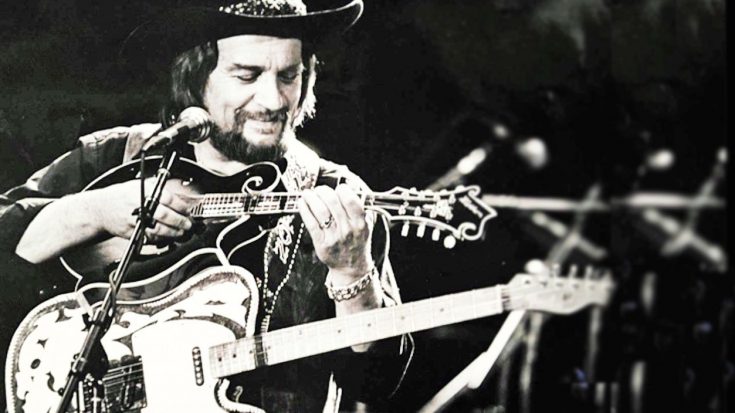 A true trailblazer in the outlaw country movement, Waylon Jennings tore up the Nashville scene in an uncharacteristic manner. Jennings felt the country scene was being overtaken by the glitz and glam commonly found surrounding the chart-toppers of the genre and was not afraid to let his opinion be known.

How will you #showyourW today & celebrate the birth of a country music legend? pic.twitter.com/8O5mcMQrZ5

Jennings released his chart-topping single “Are You Sure Hank Done It This Way” in 1975, simultaneously paying homage to the late Hank Williams while criticizing “rhinestone” country. Despite the lyrics blatant criticism of the genre, the song still managed to land at No.1 on Billboard’s Hot Country Singles.

“Are You Sure Hank Done It This Way” became Jennings fourth number one on the country chart as a solo artist where it managed to remain for a total of sixteen weeks. The song still maintains prominence, featured on the soundtrack for the 2009 film Crazy Heart as well as the soundtrack for Grand Theft Auto V.

Music like whiskey & cigarettes to warm you up on this cold #Colorado day. Waylon Jennings, Dreaming My Dreams. 1975@OfficialWaylon wrote “Are You Sure Hank Done It This Way” on back of envelope on way to studio which he promptly recorded that same day. https://t.co/oKO603UsVT pic.twitter.com/hy6XwUg5qs

You can watch Jennings perform “Are You Sure Hank Done It This Way” in the video below and be sure to let us know what you think in the comments!