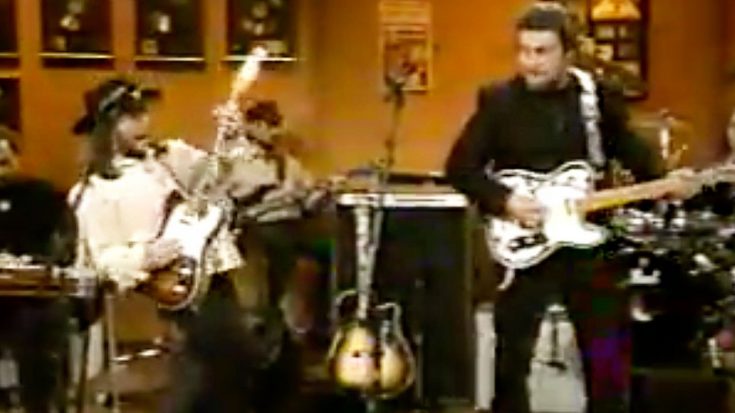 Jennings took the lead by opening their duet with his timeless vocals, crooning the lyrics, “I’ve always been crazy and the trouble that it’s put me through/ I’ve been busted for things that I did, and I didn’t do/ I can’t say I’m proud of all of the things that I’ve done/ But I can say I’ve never intentionally hurt anyone.”

Tritt was quick to jump in, sporting a black cowboy hat that countrified his performance to the max! His fringed jacket swayed as he skillfully played his guitar and delivered an impeccable set of vocals and musical skill alongside the legend.

The original tune was recorded by Jennings in 1978 on a same-titled album, scoring the singer his sixth no.1 on the country charts. Be sure to check out the rockin’ duet below!