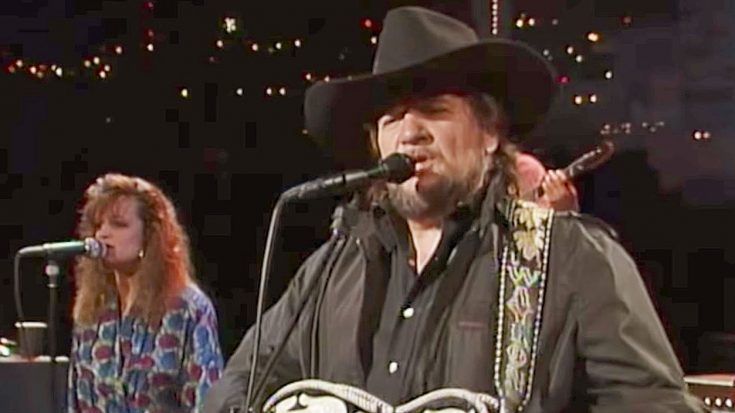 If you were to walk out on the street and ask people if they have ever heard the song “Me and Bobby McGee,” you wouldn’t meet many people who would say “no.” Due to its association with the late Janis Joplin, the song has gone on to become one of the most well-known in all of music history.

Joplin was a rock artist, and because of that most people automatically assume that “Me and Bobby McGee” is a rock song. However, that is far from the case, as it was actually written by one of the most iconic figures in country music.

Country singer-songwriter Kris Kristofferson was one of the co-writers on the track, which was originally recorded by another country artist, Roger Miller. The song earned recordings from Kenny Rogers, the Statler Brothers, and Kristofferson himself before Joplin’s version was released.

Following the enthusiastic response to Joplin’s recording, more country artists jumped on board to create their own renditions of “Me and Bobby McGee.” One of those artists was Kristofferson’s good friend Waylon Jennings, who released his rendition of the song off of his 1973 album Lonesome, On’ry and Mean.

Jennings performed the song during many of his live shows over the years, including one that took place in Texas in 1989. Thankfully, that concert was filmed, and the footage shows Jennings treating the Lone Star State to some quality country music.

As soon as Jennings stepped up to the microphone, his booming voice filled the room with sound. We’re sure the audience was transfixed by the whole thing, as Jennings delivered one top-notch vocal performance that night.

In addition to Jennings’ always-impressive vocals, the performance also featured a wealth of instrumental talent. Jennings led the charge in this department through his skillful guitar playing. But you’ll also get the chance to hear some steel guitar and other instruments as well, especially during the ending instrumental part.

Overall, every second of Jennings’ “Me and Bobby McGee” performance combined to result in a spectacular showcase. Now it’s time for you to check it out below!

Once you’re done, let us know what you think of Jennings’ rendition of “Me and Bobby McGee.” We can’t get enough!