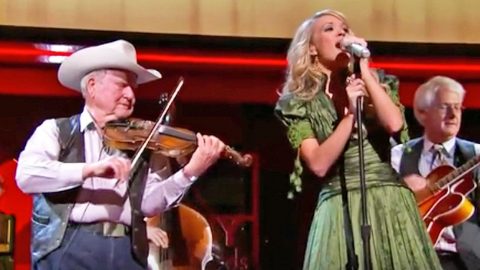 Underwood began the medley with a riveting performance of “San Antonio Rose,” followed by the Eagles songs “Desperado.” Rascal Flatts joined her for the closing song,  “Life In The Fast Lane.”

Underwood did a fantastic job staying true to Wills’ classic swing sound with the help of Asleep At The Wheel’s lead singer Ray Benson, along with Johnny and Dick Gimble backing her. While we love Underwood’s original songs, we could listen to her sing swing music all day!

Watch her incredible performance below.