‘Will The Circle Be Unbroken?’ Gets A Bluegrass Makeover, And It’s Simply Lovely 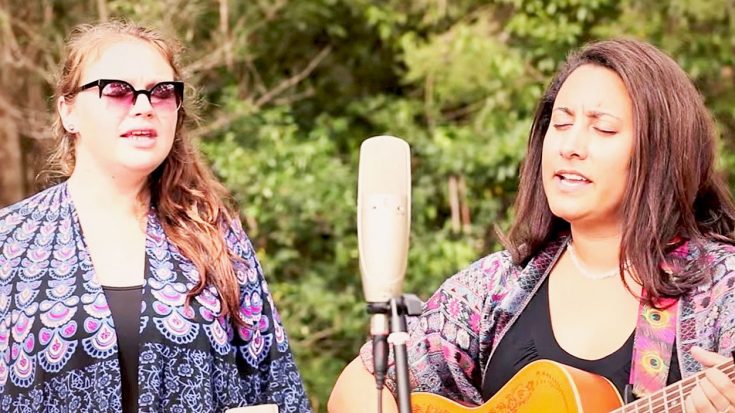 One of the most important songs in the history of country music is “Will the Circle Be Unbroken?” Written in 1907 by Ada R. Habershon, the hymn was so popular that dozens of artists recorded it.

But the most notable version of the tune was released in 1935 by the legendary country and folk group, The Carter Family. Due to the group’s influence, the song found its way into the fabric of country music and has remained there ever since.

Many country stars have offered their take on the tune since The Carter Family released their rendition. Just a handful of these artists include, Roy Acuff, Johnny Cash, and the Nitty Gritty Dirt Band.

Since “Will the Circle Be Unbroken?” is such an huge part of country music history, it is also an important song to country’s sister genres of folk and bluegrass. That’s why the song lends itself so well to bluegrass covers, including one by a talented duo named Rose & The Sea.

Based in Newcastle, Australia, Rose & The Sea is comprised of members Deanna Rose and Milli Casey. Those who watched The Voice Australia during Season 4 will likely recognize Rose from her time on the show as a part of Ricky Martin’s team.

During the Lost Highway Karuah Bluegrass Music Festivial in 2016, Rose & The Sea sang for Music on the Spot for their final show there. Some other musicians and artists joined them for their performance, which featured their personal take on “Will the Circle Be Unbroken?”

We’ve heard this song many times before, and we’re sure you have as well. But we guarantee you’ve never heard it like this. From the first note, you’ll be mesmerized by the sound of Rose & The Sea’s lovely harmonies and graceful voices.

The only instruments that Rose & The Sea had to accompany them during their performance was a single acoustic guitar and a bass. This allows listeners the chance to be completely tuned in to the talented duo’s breathtaking voices.

There’s something spirtual in feeling to the performance, beyond the fact that “Will the Circle Be Unbroken?” is a hymn. We think that feeling is a combination of many factors, from the outdoors setting to the pure beauty of Rose & The Sea’s vocal performance.

A performance this outstanding is one you simply have to see and hear for yourself. You can see Rose & The Sea perform “Will the Circle Be Unbroken?” in the video below.