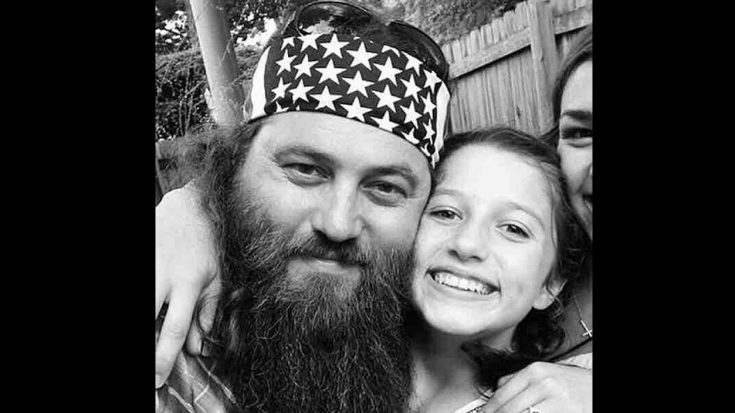 Although this season is the final season of Duck Dynasty, the Robertson family has promised hilarious episodes and an extremely long season.

So far, they have not disappointed!  Each episode is funnier than the last with Wednesday night’s (Dec. 21) being the funniest yet! Korie is still in Uganda with Sadie on a mission trip, so Willie is in charge of their younger kids.

This means that he has to chaperone their 13-year-old daughter, Bella’s sleepover with her friends. Willie wants to cancel because he has plans with his brother Jep to watch a sports game. Korie informs him that Jep’s two oldest daughters will be there, so they can chaperone together.

The young girls are all in playing games and having fun when all of a sudden they start screaming at the top of their lungs! Willie and Jep go to see what happened and the girls said they saw people at the window. A few boy classmates told the girls at school that they were going to mess with them at their party, and Willie did not like that one bit.

To get revenge, Willie and Jep took all the girls to the boys’ house and put sticky notes all over their getaway car! The girls even put black face paint on, like they were going on a hunt!

It all looked like so much fun and now, Bella wants Willie to chaperone all her sleepovers!

Watch the clips below.