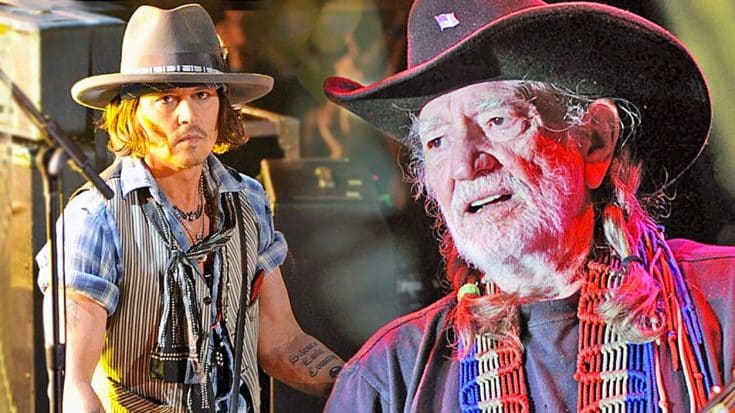 We thought it couldn’t get much better than Willie Nelson performing a classic hit with his very own – and very talented – son, Lukas, but we were wrong. Add in Lily Meola and one of Hollywood’s hottest stars, Johnny Depp, and y’all won’t know what hit you. “Will You Remember Mine” was released in 1992 on Willie Nelson’s The IRS Tapes: Who’ll Buy My Memories? album. Interesting fact: the album was released to help Willie pay his tax debts. It generated him $3.6 million which went straight to the IRS. He unfortunately needed another $9 million though. The song tells the heartbreaking tale of a man that is no longer with his lover. He reminisces about the days when she was his, hoping that she’ll remember his kisses, the time spent with him, holding his hand, and so much more.

Willie’s gritty, outlaw country vocals mixed with the sweet sound of Lily Meola’s is something begging to be heard. Blend that with Lukas and Johnny’s impressive guitar skills and it’s a recipe for awesome. Y’all just have to see this.