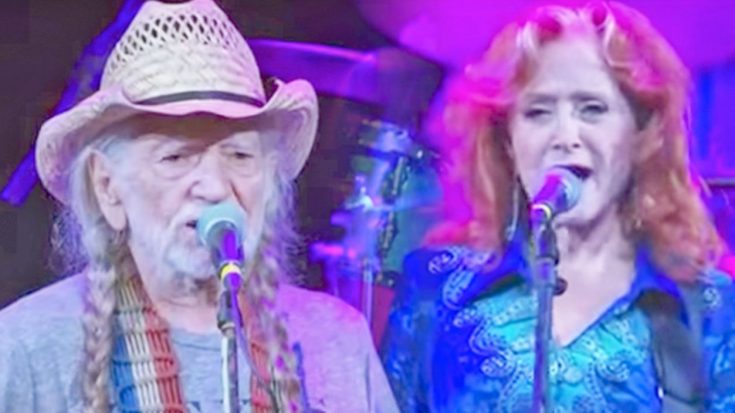 To kick things off, the Texas-born actor walked on stage saying his catchphrase, “Alright, alright, alright!” He then introduced Nelson by jokingly saying the crowd should give him a warm welcome because his career is just getting started.

The country music legend kicked the benefit off with an epic cover of blues legend Stevie Ray Vaughan’s 1983 song “Texas Flood.” He sang the first verse and Raitt took over lead vocals for the second.

Nelson played an incredible acoustic guitar solo during the musical break before handing the baton over to Raitt on electric guitar. Jimmie Vaughan, Stevie Ray Vaughan’s older brother also played guitar and took the lead on the third and final verse.