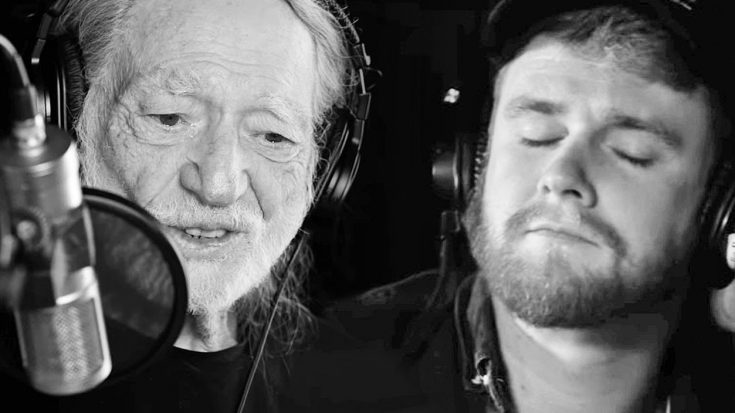 When Merle Haggard passed away on April 6, 2016, Willie Nelson didn’t just lose a fellow country artist and frequent collaborator, he lost one of his best friends.

Following the news of Merle’s passing, Nelson took to Facebook with a simple message to show how much he meant to him. “He was my brother, my friend. I will miss him,” he wrote.

While Willie lost his friend, Merle’s children were left to cope with the loss of their father. His youngest son, Ben, shared a heartbreaking photo shortly after Merle took his final breath, writing, “He wasn’t just a country singer.. He was the best country singer that ever lived.”

A week ago dad told us he was gonna pass on his birthday, and he wasn't wrong. A hour ago he took his last breath surrounded by family and friends. He loved everything about life and he loved that everyone of you gave him a chance with his music. He wasn't just a country singer.. He was the best country singer that ever lived.

Since then, Ben has made it a point to honor his father by performing his songs at various tribute concerts across the country. So when it came time for Willie to construct his own tribute to Merle, he decided to have Ben join him.

When Willie released the tracklist for his new album God’s Problem Child, it was revealed that the final track on the album would be a tribute to Merle. Titled “He Won’t Ever Be Gone,” the emotional tune was written by renowned songwriter Gary Nicholson.

Willie finally released a music video for “He Won’t Ever Be Gone” on Thursday (April 6), the one year anniversary of Merle’s death. Shot in black and white, the video features Ben, who sings backup and plays guitar throughout the song.

If you didn’t know any better, you’d swear that Willie was the one that wrote “He Won’t Ever Be Gone.” He sings it from such a personal place, bringing out the deep-rooted emotions in the lyrics. The video for the song is made all the more emotional because of Ben’s inclusion.

As if all of that wasn’t heartbreaking enough, the video also features old clips of Merle. These clips show Merle working in the recording studio on Django & Jimmie, his collaboration album with Willie that was released in 2015. You won’t be able to hold back your tears as you watch these old clips and listen to Willie sing about Merle’s everlasting legacy.

Go ahead and tune in below to watch Willie and Ben pay tribute to Merle in the video for “He Won’t Ever Be Gone.” The title of the song couldn’t be any more true. Although Merle is no longer with us, his music will continue to live on forever.