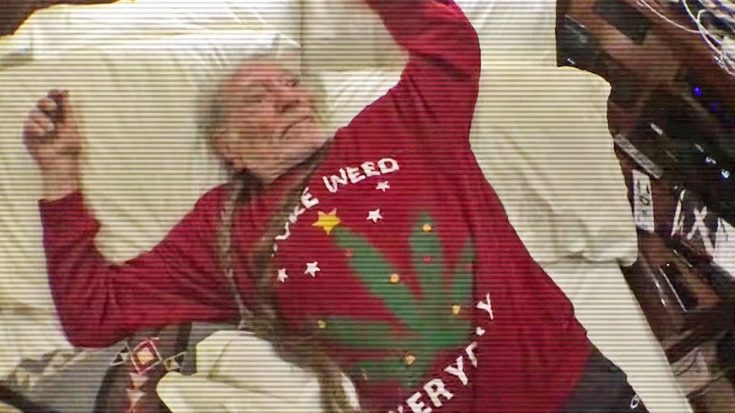 Proving that you should never believe everything you read on the internet, Willie Nelson wants his fans to know that he’s “Still Not Dead.” The country legend has been the subject of many death hoaxes over the years, which have successfully misled fans into believing he has passed away.

Rather than get angry about all of the rumors, Nelson laughs them off. He decided to poke further fun at the death hoaxes in a song featured on his album God’s Problem Child. The song, titled “Still Not Dead,” serves as Nelson’s playful jab at the outlets that write all of the false reports about his death.

In promotion of God’s Problem Child, Nelson released a handful of music videos for some of the tracks on the album. While most of the videos were filmed in a basic studio setting, Nelson decided to get a bit more creative for “Still Not Dead.”

Full of humor, the video follows Nelson on his quest to prove that he’s still alive and well. He jumps and dances around the room, enjoys a cup of coffee, and sports his famous Christmas sweater that was given to him by the one and only Snoop Dogg.

It’s safe to say that Nelson got the last laugh with his video for “Still Not Dead!” It’s sure to have you crackin’ up as well. Check it out below!