By Jennifer Pernicano on July 30, 2015
Advertisement 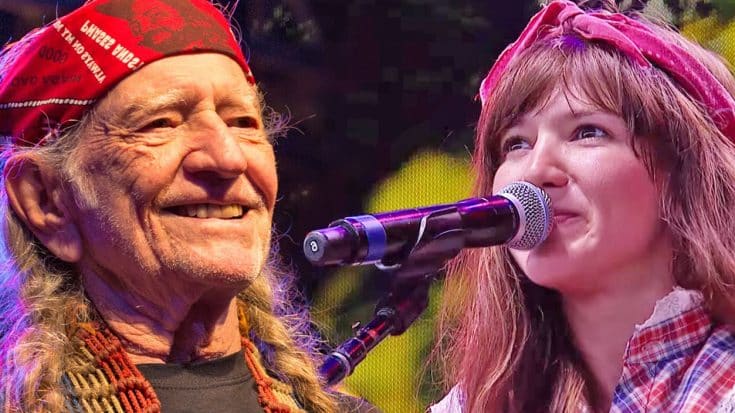 Willie Nelson must be one proud Papa!

We already know that Willie’s children are incredibly talented, but now we’ve discovered another talented Nelson that we can add to the list – Willie’s beautiful and talented granddaughter, Raelyn Nelson.

Although Raelyn has a famous last name, she has made it clear she wants to pave her own musical path.

In an interview with Rolling Stone, Raelyn admitted, “At first, I was nervous to say I was Willie’s granddaughter. I’m very proud of him, but I didn’t want to be compared to him because I’m not a great player. But when I sent him our music he was ecstatic, saying, ‘Let’s get it out there!’ Before I do anything, I text him — and he’ll send me a big smiley face. He’s so supportive.“

Her Papa Willie must be very proud because Raelyn has made a name for herself as singer-songwriter, and has an awesome country-rock band called The Raelyn Nelson Band.

So when Raelyn hopped on the Farm Aid stage in 2014, we couldn’t wait to see what she had in store for us! She called her Aunt Amy to join her, and the two sang an unbelievable rendition of her song, “Moon Song.” And to make it even better, the album version of the song features a guest appearance by her Papa Willie.

I got to hang with Papa Willie today. #WillieNelsonMuseum

Check out the video, and we’re sure y’all will be as dazzled as we were!