By Manly Bryant on January 4, 2017
Advertisement 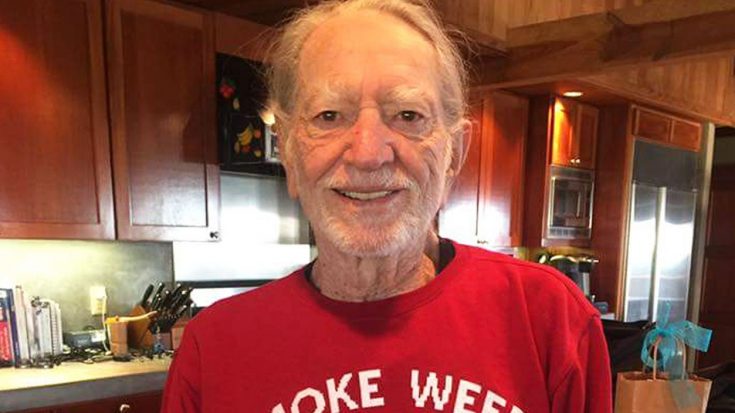 Willie Nelson isn’t one to grow bashful at the talk of marijuana, formerly telling The Cannabist, “It’s medicine, and it’s already been proven to be medicine. End of story.” Nelson opened up about his adamant thoughts on pot, explaining that after being posed with a variety of health problems from both drinking and smoking cigarettes, he “took them all out, threw them away, rolled up 20 big, fat numbers, stuck them into the Chesterfield pack and I haven’t smoked a cigarette since. And that’s been 30, 40 years ago.”

The “cannabis connoisseur” has since created his very own company, Willie’s Reserve, in which the singer has partnered with only the best pot growers to ensure that his fans and smokers get premium quality marijuana. Seeing Nelson’s extensive involvement in this industry, his friendship with rapper Snoop Dogg comes as no surprise, who also has his own exclusive line of pot.

The rapper, however, sure knows how to treat his buddies, as Nelson took to his Twitter account to proudly display his newest gift from the rapper. Wearing a bright red sweater with a pot leaf replicating a Christmas tree, this sweater has the hopped up holidays written all over it! As if the star atop the proudly decorated pot leaf isn’t enough, the sweater prominently reads “Smoke Weed”, as Nelson is all smiles in his newest apparel.

Thank you @SnoopDogg for the Christmas Sweater pic.twitter.com/jzaw7pkQEe

Snoop Dogg sure knows how to ring in the holiday spirit! Would you wear this sweater?