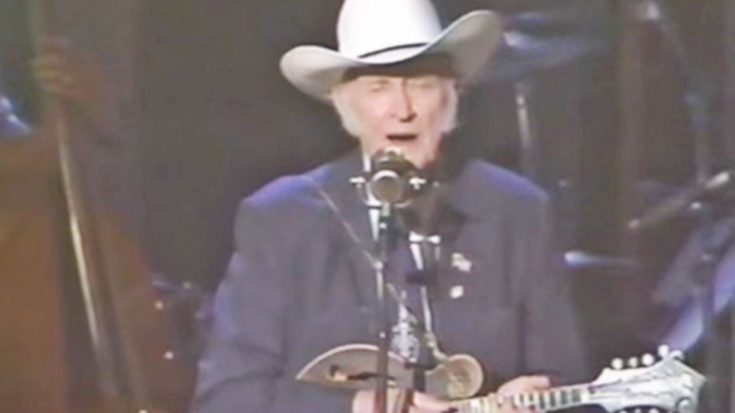 Bill Monroe changed the music industry forever over the course of his 69-year-long career, credited as the creator of the entire genre of bluegrass music.

In the early 1990s, Monroe appeared on variety television series, American Music Shop, alongside fellow country singer Marty Stuart. The singers sang a variety of songs together, including Monroe’s iconic “Southern Flavor,” however the standout performance of the night was no doubt Monroe’s solo performance of “The Wayfaring Stranger.”

“Bill, I understand, I’ve heard you say this is your favorite song, ‘The Wayfaring Stranger,'” said Stuart prior to Monroe’s performance. “We were in Japan a couple of years ago and he stood out by the river where we were, and sang this by himself. And I know this song was touched by heaven when you do it.”

“The Wayfaring Stranger” is an American gospel song rooted out of the early 19th century, telling the tale of a weary soul and their journey in life.

You can watch Monroe’s performance below.