By Manly Bryant on January 30, 2017
Advertisement 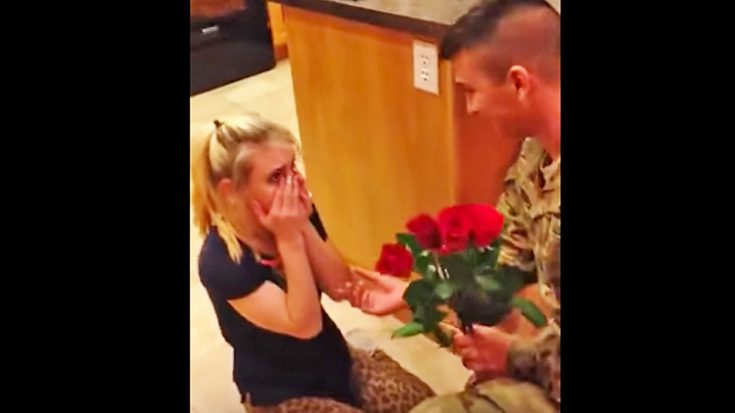 The servicemen and women of the United States military make massive sacrifices each and every day on behalf of the entire nation, including leaving their loved ones to fight for the freedom Americans hold so dear. Those left at home often spend months or even years at a time waiting for their soldier to come home, making the moment they return that much sweeter.

After the shock wore off, she leaped into his arms for a long overdue embrace sealed with a kiss. The soldier than redirects his attention to the adorable baby girl donning a giant yellow bow whom is believed to be their daughter.

This video is enough to melt even the coldest of hearts! You can watch their emotional reunion unravel in the video below!