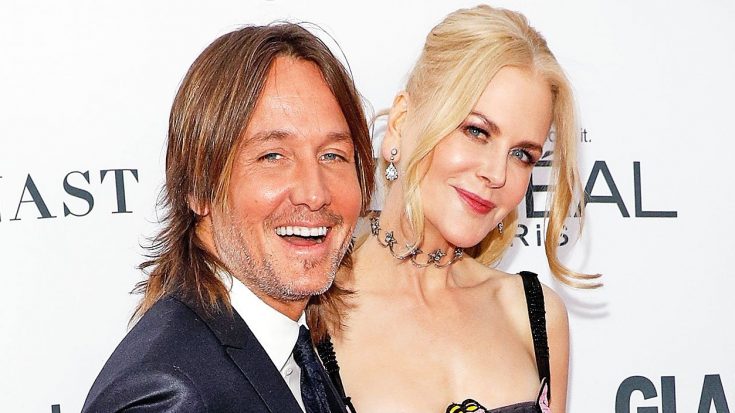 Keith Urban and Nicole Kidman are one of the most affectionate and supportive celebrity couples. The two almost always make the awards show circuit together, with Kidman accompanying Urban to music-related ceremonies and Urban serving as Kidman’s date to awards shows celebrating her work on television and in film.

Most recently, Urban and Kidman attended the Golden Globes together. During the ceremony, Kidman was named as the recipient of the Best Actress in a Limited Series award for her portrayal of the character Celeste Wright in the series Big Little Lies.

During her acceptance speech, Kidman took the time to express her love for Urban. She saved him for last in her speech, saying, “And Keith Urban, when my cheek is against yours, everything melts away and that is love, it’s true! I love you so much!“

Since Urban and Kidman are so vocal about their love and admiration for each other, many have wondered how they have kept that “spark” for so long. During an interview with Extra which was shared on Wednesday (January 10), Kidman was asked what she thinks the secret is to maintaining a happy marriage.

“I think it’s commitment,” she said. “And also just going ‘I love you, and I like you,’ and really contributing to that. But I also see it as just, I’m incredibly fortunate to have met the person that I just love being with more than anyone in the world, besides my kids. I mean, that’s a rarity.”

Listening to Kidman talk about Urban and their relationship, it’s as obvious as ever to see how much love she has for him. She seems to light up whenever he is mentioned!

You can catch Kidman’s full interview with Extra in the clip below. She also talks briefly about Urban’s sense of humor, and how he always manages to make her laugh.

The two of them are just too cute to handle!