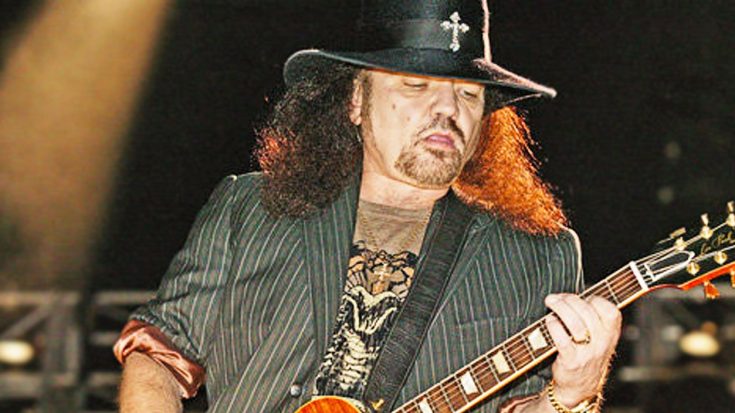 When you hear someone say “Lynyrd Skynyrd,” you instantly think of “guitars.” Known for their triple guitar attack, Skynyrd’s guitar solos and parts are recognized around the world.

Although the guitar lineup in Skynyrd has changed many times, one guy has been there from day one. Gary Rossington was one of the original members of the band, and helped write many of their classic hits. Today, Gary remains as the only founding member in Skynyrd, and he can still rock it!

Gary has his fair share of standout moments in Skynyrd’s songs, especially “Tuesday’s Gone.” The relaxing, reflective tune has been a staple in Skynyrd’s catalog since it was released on their debut album in 1973.

The entire song is filled with breathtaking guitar work, but it’s the closing solo that stands out the most. That solo belongs to Gary, and we’re sure he’s played it hundreds of times by now.

There’s just something about the way that Gary plays that ending solo. Even though the guitar can’t talk, Gary manages to make it “speak” to each and every person in the room. The passion he puts into the part goes unmatched, which is why he continues to leave fans speechless every time he plays it.

During a performance in Charlotte, North Carolina, one fan singled out Gary’s ending solo in “Tuesday’s Gone and filmed it. Now we’d like to share that footage with you. Sit back, relax, and witness the raw talent of the one and only Gary Rossington.