By Miranda Raye on November 17, 2017
Advertisement 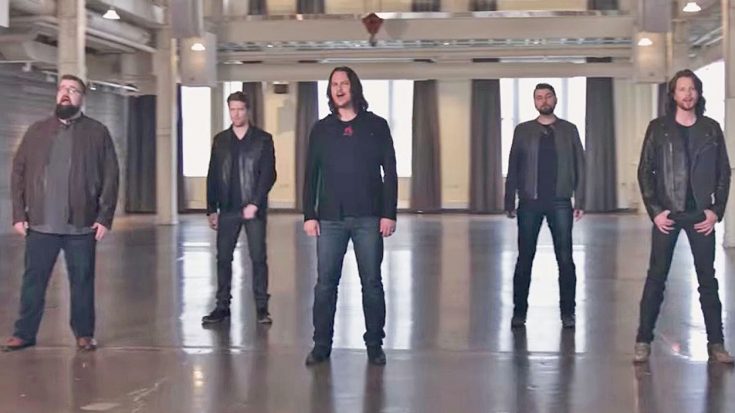 Following the smash success of her single “Burning House,” Cam came back with a song that was equally devastating. That song, titled “Mayday,” captures the narrator’s thoughts about a toxic relationship that is quickly falling apart. Cam likens the situation to an emergency, and calls out in distress, saying, “Mayday, mayday.”

The song happened to catch the attention of country a cappella group Home Free, who decided to record it for their latest album, Timeless. Since winning the competition show The Sing-Off in 2013, Home Free has developed a loyal following thanks to their outstanding original songs and exceptional covers of country and pop hits.

In addition to “Mayday,” some of the other songs Home Free covered on Timeless included Rascal Flatts‘ “Life is a Highway,” Ed Sheeran‘s “Castle on the Hill,” and Blake Shelton and Trace Adkins‘ “Hillbilly Bone.” Many of the albums’ tracks already had accompanying music videos, and the group decided it was about time that “Mayday” got one too.

Home Free went for a fairly simply approach with their “Mayday” video, opting to film it in what appears to be an old, empty banquet hall. The empty, open setting complements the tone of the song, as it’s all about feeling alone and lost even while in the presence of someone else.

This feeling of emptiness is enhanced by the number of wide shots used to show the entire group. While some time is spent zoomed in on individual members, the focus seems to be on more open shots featuring all five members.

All of the guys also wear dark clothes, which once again goes along with the tone of the song. Seeing them dressed like that, it’s as if they are mourning the relationship they are singing about as they watch it crash and burn before their eyes.

In other words, Home Free once again hit the mark when it came to their video for “Mayday.” Let us know what you think of it after you check it out below. We think it’s pretty irresistible!