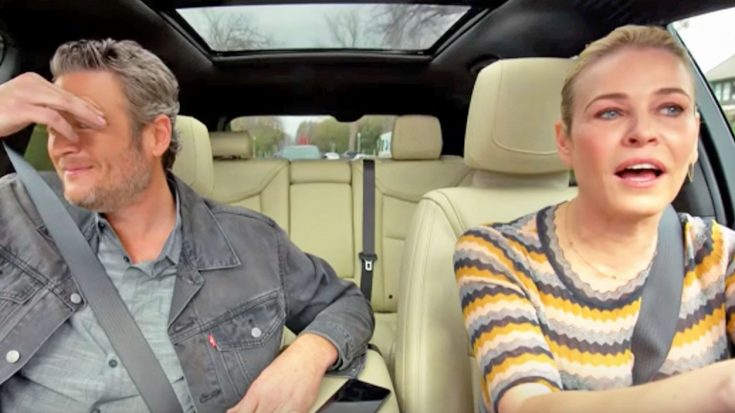 James Corden’s “Carpool Karaoke” segment on his CBS show The Late Late Show has taken the world by storm. It’s become so successful that it was picked up by Apple Music for its own series called Carpool Karaoke: The Series.

On it, Corden will hand over the car keys to other celebrities who will drive around town entertaining us all with song, jokes, and laughter. Some celebrities that will team up are Alicia Keys and John Legend, Michael Strahan and Jeff Gordon, Ariana Grande and Seth McFarland, Metallica and Billy Eichner, Shaq and John Cena, and Blake Shelton and Chelsea Handler.

Shelton and Handler’s pairing is definitely one we are excited for, not only because they are both known for their comedy, but also because their shared love for vodka.

Shelton is a known vodka aficionado and even has his own brand, Smithworks Vodka. Handler likes herself a martini or five, prompting her to name one of her best-selling books Are You There Vodka? It’s Me, Chelsea.

Handler, who has her own talk show on Netflix, called Cody Alan on CMT Radio Live for an interview that will air on Tuesday night (April 18) to spill some secrets about filming with country music’s funnyman.

She then got into how they took a little detour by stopping into a bar.

“I’m a little bit tougher than him,” Handler says of drinking a bit more than Shelton.. “He’s a little bit of a pansy.”

She said what?! Well, one thing is for sure. We cannot wait until their episode streams on Apple Music. Watch the trailer for Carpool Karaoke: The Series below.