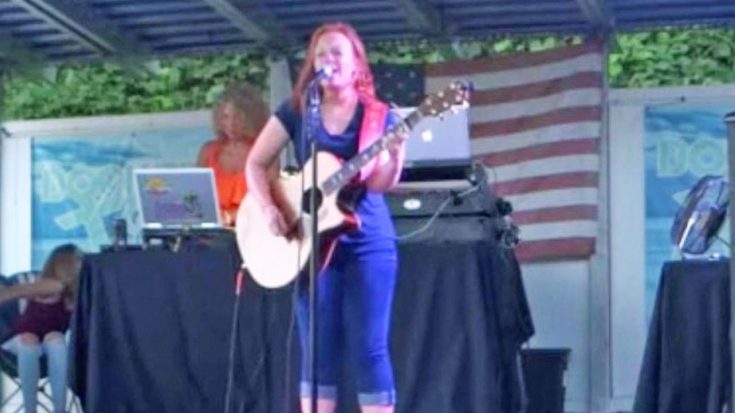 And the third being…it’s simply fun to sing the blues!

This is something that a young lady named Kristy Wilkins has picked up on. The talented singer first started sharing videos on YouTube in 2013 when she posted a performance of herself singing “Away in a Manager.”

Wilkins has only shared a handful of videos since then, each one showcasing her unique taste in music. She’s covered everyone from Meghan Trainor to Tim McGraw, but she also loves herself some Southern rock.

On August 12, 2016, Wilkins decided to show off her best rendition of Skynyrd’s “Curtis Loew” at Dockers Grill in North Carolina. With no band to back her up, Wilkins stood alone on stage with her acoustic guitar in hand.

The acoustic guitar served as the perfect complement to Wilkin’s naturally bluesy tone. In turn, her blues-infused vocals were the perfect fit for “Curtis Loew.”

But even though Wilkins’ performance was acoustic, there was nothing reserved about it. In fact, her voice contained a wealth of power and confidence, something she showcased the most whenever she reached the chorus.

Skynyrd has a talented bunch of fans out there, and Wilkins is one of them! Prepare to fall in love with her voice after you watch her performance of “The Ballad of Curtis Loew” below. Don’t forget to check out her other videos here when you’re done!