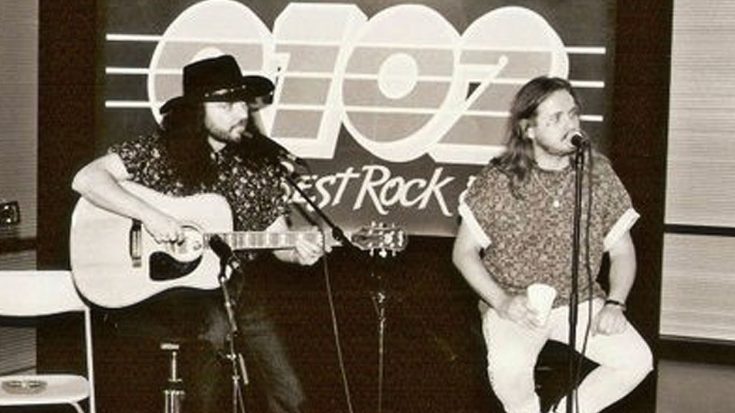 You would think that finding fame would help you find a whole bunch of new friends in the process. But even if that is true, sometimes the opposite is the case.

Some people just can’t help but get jealous of their friends after they’ve found success in life. Others simply feel like they’ve grown apart as they’ve gone in different directions.

Lynyrd Skynyrd explores these feelings in their deeply personal track, “Am I Losin’.” Written by guitarist Gary Rossington and lead singer Ronnie Van Zant, the song is sung from the perspective of a man who lost one of his best friends after becoming famous.

Even though the friend thinks that the narrator has changed, the narrator feels that it’s actually the friend who’s different than before. He vocalizes these feelings of conflict in the song’s second verse, singing, “Now my friend won’t talk to me. Let me tell you why. He thinks I’ve changed because of a dollar sign.”

As any music fan knows, acoustic instruments often give a song a more intimate feeling. For a song as personal as “Am I Losin’,” it only made perfect sense for Skynyrd to include it on their acoustic album Endangered Species. The result? Well, it was just as good as you’d expect.

The acoustic remake gives an even greater sense of vulnerability to the song that Gary and Ronnie wrote all those years ago. Even with the passage of time and the change of style, the message of “Am I Losin'” still resonated strongly with audiences. Now that’s how you know you’ve got a good song on your hands…

If you haven’t heard Skynyrd’s acoustic version of “Am I Losin'” before, then you’re missing out. Scroll down below to give it a listen!