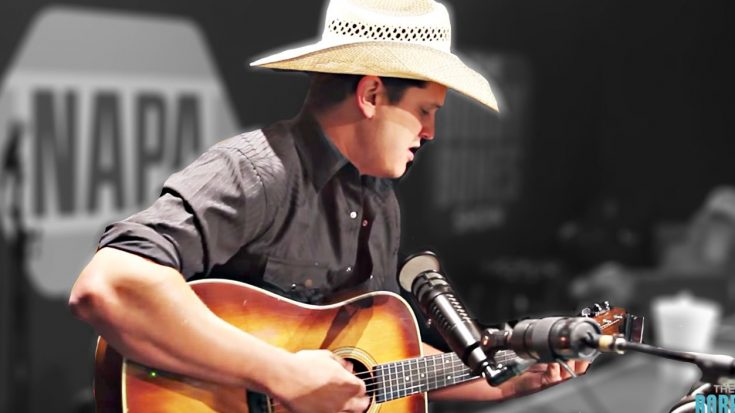 Written by a country music legend and made famous by The King of Country, this treasured country chart-topper has inspired many of today’s new artists – and likely, this includes California cowboy, Jon Pardi.

Already having toured with the legendary Alan Jackson, Pardi is making a massive name for himself and has sunk his teeth into the charts with a No. 1 album and two No. 1 hit singles!

Now, in a brand new appearance on The Bobby Bones Show, Pardi pulls out all the stops for a performance of George Strait‘s infallible “I Just Want to Dance With You” – and it’s one you don’t want to miss.

With all the new-coming country artists hitting the scene lately, many have suggested that the twangy, old sound of country music is on the way out the door, but if you listen to Pardi’s version of this fan favorite, you’ll hear that oh-so-familiar sound!

“I Just Want to Dance With You” was first released as the lead single to Strait’s album One Step at a Time in 1998. It quickly climbed the charts and became his 34th No. 1 hit. It was written by country legend John Prine and had been included on his own 1986 album German Afternoons.

Check out Pardi’s mesmerizing cover of this unforgettable country classic in the video below and let us know what you think in the comments!