By Jennifer Pernicano on July 17, 2015
Advertisement 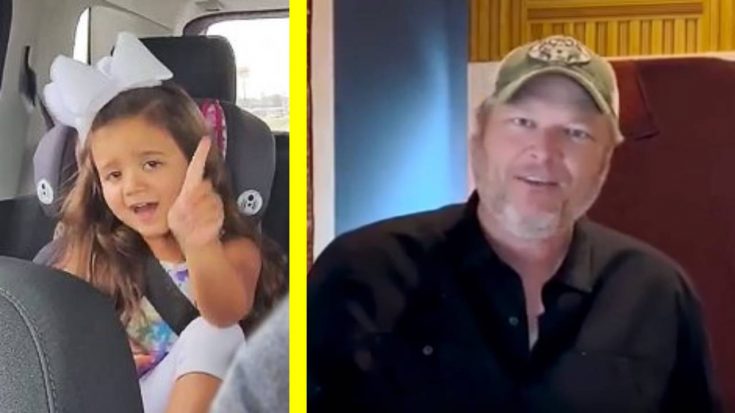 This little girl is quite possibly the sassiest Blake Shelton fan ever. 5-year-old Camryn performs a hysterically adorable cover of Shelton’s “Lonely Tonight” from her carseat exuding pure attitude.

Donning a giant white bow as big as her sass, the young girl performs both parts of the duet, sung originally by Shelton and Ashley Monroe, making for a performance that will have you laughing all the way through. Camryn delivers a highly engaging rendition of the song, full of finger-wags and hysterical over-the-top facial expressions.

“Lonely Tonight” was released by Shelton and Monroe in 2014 off of his eighth studio album Bringing Back the Sunshine.

The song tells the highly relatable story of two former loves leaning on one another during an immense time of loneliness. The song has been certified Gold with sales exceeding 530,000 units, reaching number one on Billboard’s Country Airplay as well as number 47 on the all genre Hot 100.

You can watch the sassy little 5 year old’s carpool karaoke of “Lonely Tonight” below!