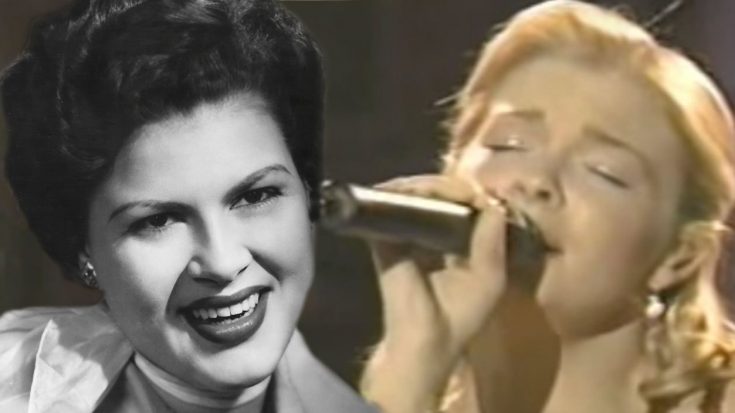 Over the years, we have seen country starlet LeAnn Rimes cover her fair share of Patsy Cline songs. Seeing as Cline is Rimes’ idol and biggest influence, she strives for each performance to be perfect and something that Cline herself would be proud of.

Taking the stage at a star-studded event, a very young LeAnn Rimes dazzled in a simple, yet elegant black dress. After just singing the first few words of Cline’s hit song “I Fall To Pieces”, Rimes received a round of applause.

Both singers have alto voices that have a twang when they hit the higher register, which is absolutely perfect for this song. Accompanied by a full string orchestra, Rimes delivered a mesmerizing performance honoring a woman she’s looked up to for so many years.

Cline originally released “I Fall To Pieces” in 1961 and was featured on her album, Patsy Cline Showcase. It was written by Hank Cochran and Harlan Howard and is now considered a country music standard.

When Cline first released it, radio stations pretty much ignored it, but after a little convincing, “I Fall To Pieces” received its well-deserved radio air time. It shot to No. 1 on the Billboard charts and is considered one of the best country music songs of all time.

Watch Rimes take on the iconic song in the video below.