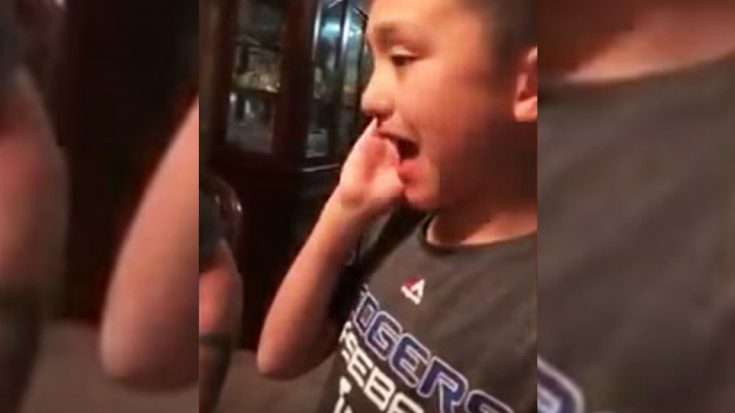 They say God works in mysterious ways, as viewers felt this idea was validated when one typically mute 8-year-old boy opened up to sing the heavenly hit “Hallelujah”. The young, autistic boy was enjoying a meal with his family when he was bit by the music bug and gave an impromptu performance that had viewers in tears.

Singing alongside a recording of the remarkable ballad, the little boy began to replicate the sounds and lyrics. “Hallelujah,” he adorably sang with his hand to his ear, allowing him to focus on his voice and match the sound of the artist covering the tune. Even when the music had stopped, the boy’s family continued to encourage the miraculous actions and replayed the song for their son to enjoy.

The emotional ballad was released in 1984 by musical icon Leonard Cohen on his album Various Positions. The moving tune has become a staple in the entertainment world, obtaining its fair share of attempts from artists that not only enjoy the song’s mellow pace, but powerful lyrics.

You can experience this remarkable video below and be sure to share this heavenly gift with your friends!