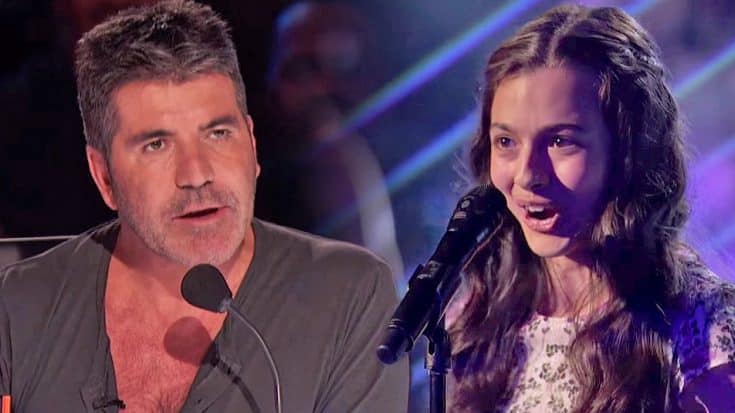 There is so much talent out there in the world just waiting to be discovered. Talent shows such as America’s Got Talent give those people the opportunity to showcase their gifts for thousands to see.

One contestant who has won over many with her undeniable talent is Laura Bretan. From Northbrook, Illinois, Bretan was a favorite of the judges early on in the competition due to her stunning talent as an opera singer.

When it came time for Bretan to perform again on Tuesday night (July 26), the judges fell even more in love with her. For her song, Bretan chose to sing “The Prayer,” which is best known as a duet between Celine Dion and Andrea Bocelli. Josh Groban also sang a version of the song with Dion, which was a pop hit in both the U.S. and Canada.

Originally, Dion and Bocelli each recorded the song as a solo for the Quest for Camelot soundtrack. Dion’s solo was in English, while Bocelli’s was in Italian, and it is his version that Bretan chose to sing.

Starting off softly, Bretan’s slowly increased the dynamics of her voice until she burst out into a powerful string of notes. Although you can’t see the judges’ faces during her performance, we’re sure they were in absolute awe when that moment occurred.

Filling the entire room with her voice and passionate stage presence, Bretan had the crowd cheering for her after she brought the song to a spectacular finish. She had tears in her eyes as the judges talked to her, with hard-to-please judge Simon Cowell speaking most highly of her.

“Laura, this is why we made this show, so that we could find people like you. You are such a special, talented person,” he said.

After watching her performance, we have to agree with everything Cowell said. See and hear for yourself in the clip below. We feel like there’s a lot in store for Bretan and her gorgeous talent!