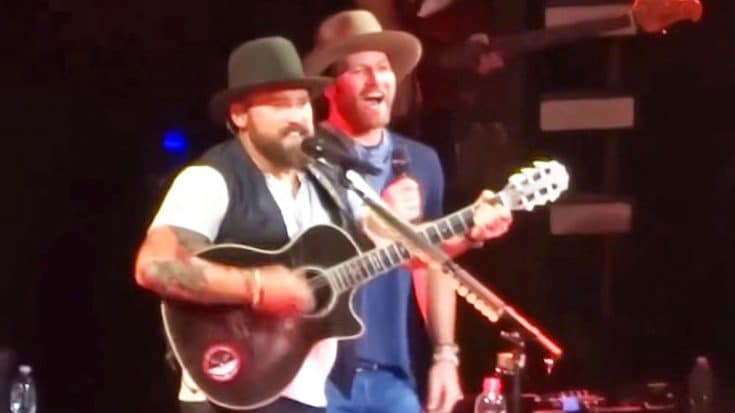 What do you get when you bring together two country stars and have them sing a John Mellencamp classic? One good time, that’s what!

During a show in White Lake, New York on July 22, 2016, the Zac Brown Band joined their opening act Drake White for an unforgettable moment. Joe Krulewicz, who attended the concert, said that the “atmosphere was Electric the whole night,” we’re sure in large part due to the collaborative take on Mellencamp’s “Jack & Diane.”

Brown started off singing first, while the entire crowd joined him and sang along. Then White stepped up and sang the next little bit on his own before Brown joined in with him on the chorus.

Overall, the performance had a fun-loving vibe that contributed to the energy level in the room. White even showed off a few dance moves!

As you watch the performance, you can almost feel the excitement radiating from the crowd, so it seems that what Krulewicz had to say about the atmosphere that night is correct.

This is the type of thing we love to see…two country artists having a good time singing a great song. It doesn’t get much better than this! You can check out the performance yourself in the video below.