By Manly Bryant on May 9, 2018
Advertisement 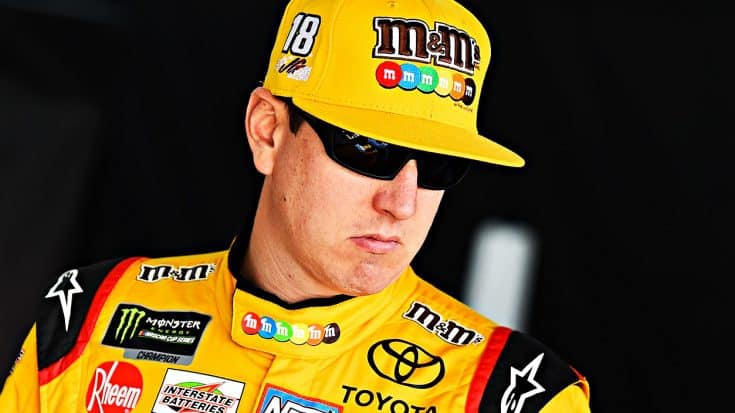 NASCAR driver Kyle Busch is definitely alive despite a report claiming he killed himself.

Busch, who is one of the most visible and polarizing NASCAR drivers to ever hit the track, recently scored a consecutive three-race win streak before slowing down for two weekends. Before his three-win streak, he earned several top finishes as well.

While he appeared very lively on the track, a report from unknown sports website, Sports Analog, claimed that Busch was “found dead after committing suicide.”

The site, which looks like a run-of-the-mill blogging site continued to say that he died from a self-inflicted gunshot wound at his Denver, North Carolina home. Additionally, “neighbors heard explosions and called police.”

Beyond the sensational nature of the headline and content – which is all false – Sports Analog dated their article in the future. The site has a publish date of 07/05/2018 and claimed Busch’s death happened at 11:46 a.m. on that date.

Luckily, before this wild and sensless claim from Sports Analaog got too far out of hand, the Associated Press’ Fact Check division was on top of it and quickly debunked these outlandish claims.

Thankfully, Busch is alive and well with his beautiful wife and loving family – despite being declared dead by this highly falsified report from Sports Analog.

Let us know what you think of Sports Analog and their reporting standards in the comments.