By Jennifer Pernicano on July 2, 2018
Advertisement 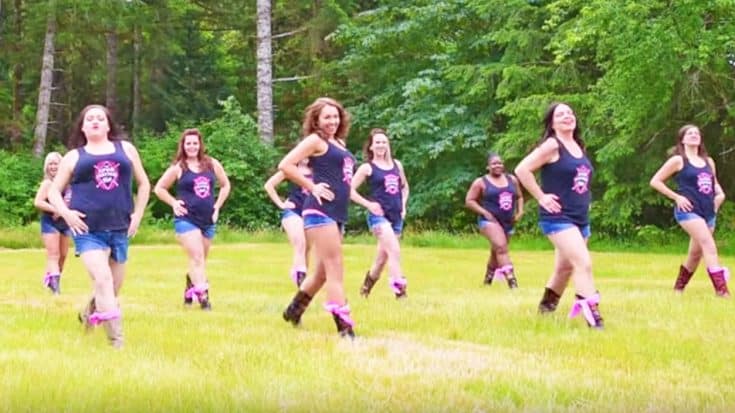 Lately, it seems that every time country singer Kane Brown releases a new single, it catapults straight to the top of the charts – so it’s only fitting that our favorite line dancin’ ladies choreographed a sizzlin’ routine to this sure-fire hit!

Unlike some of their previous videos, which are performances or rehearsals, this Boot Boogie Babes video is more official – kind of like a music video! The footage goes back and forth between the ladies performing on a stage wearing black sparkly tops, and in a grass field wearing Spur Festival tank tops.

They began the song marching and snapping in place, followed by boot stompin’, booty shakin’, twists, turns, and so much more! This has to be one of our favorite routines from them because it seems like their most difficult, yet they all make it look so easy!

Brown dropped his single, “Lose It,” on June 25, 2018 and it made its way to the top of the Hot Country Songs and the Country Airplay charts.

Watch the Boot Boogie Babes’ routine to “Lose It” below.