By Miranda Raye on October 17, 2018
Advertisement 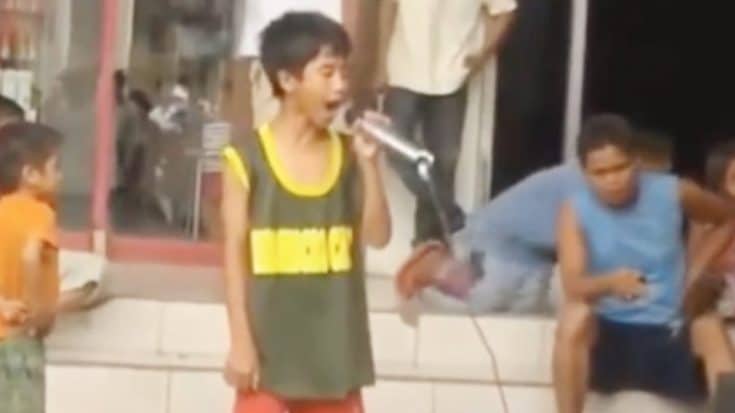 As one of the most talented songwriters in country music history, Dolly Parton sat down one day and wrote a song that became a global phenomenon.

Called “I Will Always Love You,” Parton penned the song as a sort of farewell to her former business partner and mentor, Porter Wagoner.

The song was a number one hit for Parton, but it was R&B singer Whitney Houston who brought it to worldwide attention.

Houston’s version of the song was a number one hit in numerous countries, and it remains one of the most beloved songs of all time.

One young boy in the Philippines was a big fan of the Parton-penned tune, and decided to entertain a crowd with his own rendition. Singing in a crowded parking lot, the boy started belting out the lyrics much in the same style as Houston.

Then he got to that high note, singing it with just as much power and passion as Houston did years ago.

For being so young, he demonstrated a masterful control of his range. That’s something even the pros take years to perfect.

This little guy sang Parton’s iconic song with so much confidence that we’re surprised he doesn’t have a recording contract of his own! Tune in to the video below to watch his performance and see what you think.

It’s always amazing to see how country music manages to reach people around the world!