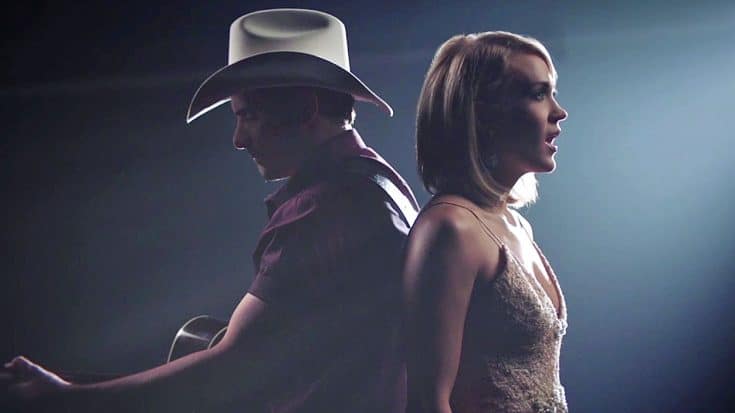 “Forever Country” Takes Form In More Ways Than One

For years, Brad Paisley and Carrie Underwood served as the hosts for the biggest awards show in all of country music…the CMA Awards. Together, the two had the honor of hosting the 50th CMA Awards in 2016.

As you would expect, the lead-up to the ceremony was immense, and Paisley and Underwood played a huge part in it.

To celebrate its 50th anniversary, the CMA brought together 30 artists to pay tribute to country music’s rich history. That tribute resulted in the mega mashup song, “Forever Country.”

Paisley opened the mashup, singing John Denver‘s “Take Me Home, Country Roads.” Underwood came in toward the end, belting out Dolly Parton‘s “I Will Always Love You” while Paisley sang harmony.

Paisley, Underwood, and the other artists who contributed to “Forever Country” helped it make country music history. The song topped the country music chart and also found its way on the Billboard Hot 100.

Mini Duets Bring On A Whole Lot Of Nostalgia

Leading up to the CMA Awards, “Forever Country” and its theme was showcased to a smaller extent in a series of promotional clips.

One of those clips featured Paisley and Underwood. Standing back-to-back under a single spotlight, Paisley strummed softly on his guitar while Underwood started things off by singing “I Will Always Love You.”

Paisley interjected with lines from “Take Me Home, Country Roads,” before Underwood joined him in sweet harmony toward the end.

The duet may be simple, but that’s what makes it so powerful. You’re sure to get goosebumps when you watch it, especially when Paisley and Underwood reach the final note.

Watching this makes us wish that Paisley and Underwood would release another full-length duet. It has been way too long since they sang “Remind Me” together!