By Jennifer Pernicano on December 6, 2018
Advertisement 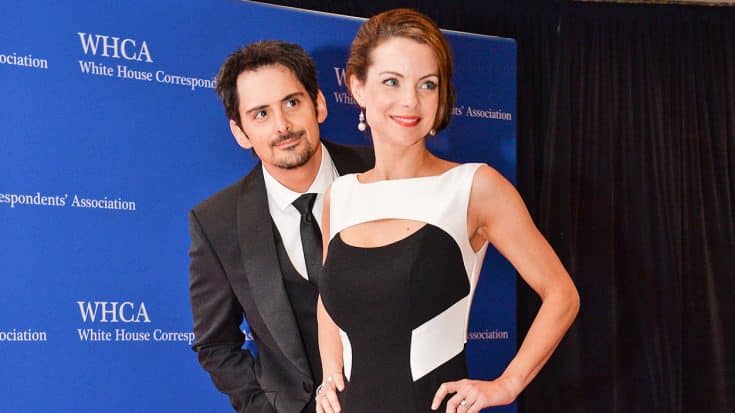 Leave it up to Nashville to be full of some of music’s cutest couples. With love stories that have been aging for 18+ years, it’s no wonder country is the genre for love music. One couple’s love story will have you laughing and thankful for fate all at the same time. Brad Paisley and his actress wife, Kimberly Williams have been going strong for well over a decade.

Brad Paisley has always had a heart of gold ? His new work with The Store is no exception. Find out what he and Kimberly Williams-Paisley are starting in Nashville: http://bit.ly/BPTheStoreMC

Posted by MegaCountry on Thursday, October 4, 2018

It all began when Brad was on a date with another girl. 19-year-old Brad took his then-girlfriend to see Father of the Bride when he caught himself falling in love with the woman on the screen. The famous 1991 movie featured young Kimberly and Brad knew he had to meet her. Eventually, things didn’t work out with his then-girlfriend and Brad knew this was his time to get Kimberly.

Well, flash-forward to 2001 and Brad still couldn’t get Kimberly’s face out of his head. So, he took the first step and cast Kimberly in the music video for his song “I’m Gonna Miss Her” off his album, Part II. The way the actress sees it, “He stalked me.” In an interview with Good Morning America, Kimberly joked about her introduction with the country star.

“Well, he stalked me. Isn’t that romantic?! It could’ve ended in jail or marriage and I was like ‘alright, I’ll marry you.'”

15 years later and the couple is still going strong as ever. While admitting that she still fan girls at Brad’s concerts, the hosts asked about their recent anniversary. After taking advice from her father, the actress explained why they decided to celebrate their 12th anniversary instead.

“He told us about a study about marriages that are successful and he said, ‘you know when you’ve been married 12 years then you’ve had a successful marriage.'” She continues, “Brad and I looked at eachother and said, all we gotta do is 12 years?!”

A surprise to Kimberly, Brad had arranged a special time for the couple to renew their vows on that anniversary. She gushed that she’s more than ready for another 12 years with her country singin’ husband. Since marrying, the couple has two beautiful boys, William, 11 and Jasper, 9.

Brad, of course, fangirls over his wife too when she gets into new projects, like when Kimberly starred in a 2018 Netflix Christmas movie, The Christmas Chronicles and the singer posted plenty of pictures showcasing his support.

We adore this hilarious couple and wish them and their family all the best!