By Jennifer Pernicano on November 8, 2019
Advertisement 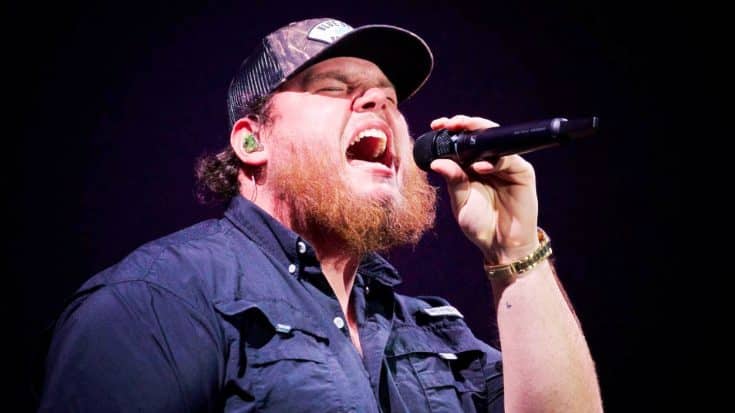 This announcement comes after a massively successful debut album, This One’s For You, which was released in 2017. That album contained five consecutive number one singles: “Hurricane,” “When It Rains It Pours,” “One Number Away,” “She’s Got The Best Of Me,” and “Beautiful Crazy.” In August 2019, This One’s For You spent its 44th week at number one on the Top Country Albums chart, which set a record for the longest reign by a male artist.

The success of his freshman album caught the eye of the Grand Ole Opry, who invited him to become a member on June 11, 2019 during his 16th performance on the famous stage.

On May 8, Combs released the first single of his then-untitled and un-announced album called “Beer Never Broke My Heart.” It became his sixth number one single on Billboard’s Country Airplay chart and is certified Platinum.

On September 12, the singer revealed to fans the album cover art as well as the title: What You See Is What You Get.

New album What You See Is What You Get available November 8! Pre-order now via the link in my bio and receive “1, 2 Many” feat. @brooksanddunn!

He also debuted another song from the album called “1, 2 Many,” which features recent Country Music Hall of Fame inductees Brooks & Dunn.

What You See Is What You Get is comprised of 17 songs, five of which were included on his June 2019 EP The Prequel.

See the full track listing below.

Combs will tour the remainder of this year and well into 2020 supporting the album, which was released Friday, November 8! Which song are you most excited for? Buy the album here.