By Manly Bryant on April 19, 2019
Advertisement 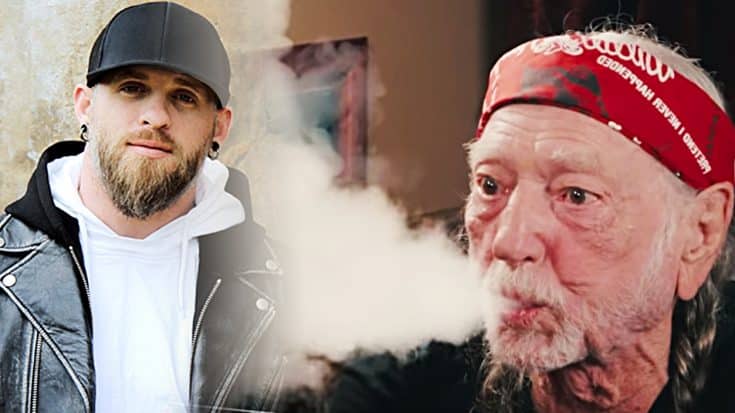 Just before the annual pot-smoking holiday of “4/20,” country music star Brantley Gilbert and a few of his high-flyin’ friends dropped one of the most weed-themed country songs we’ve ever heard – they literally called it “Hazeville.”

Unafraid to celebrate the illicit holiday, Gilbert brought forth two of the Nelson clan, country-spoken-word star Colt Ford, and talented writers Rodney Clawson and Andrew DeRoberts in order to craft this “high” hit.

After already teasing the song on Twitter, Gilbert made it official as part of the traditional “new music Friday” trend – and already people can’t stop talking about it!

Donning more of a hip-hop-style cadence, Gilbert’s vocals soar through the first several verses of “Welcome To Hazeville.”

(Whoa) Blow smoke, like fire to a hay field /(Whoa) Welcome to Hazeville

Both Willie Nelson and Lukas Nelson have smaller roles in this song, capping off both the ending and the opening of the track. Colt Ford, however, has a larger role about three quarters through it, delivering his signature spoken-word style pitter-patter in a way only he could.

What a crazy day getting to have a Number 1 song even more Amazing getting to do it with your Brothers. Dirt Road Anthem Forever #ThrowbackThursday #DirtRoadAnthem @Jason_Aldean @BrantleyGilbert pic.twitter.com/IJFD2TC5JN

We all know that Willie and Lukas Nelson are fans of partaking in a little 4/20 activity (or, maybe, a lot) but, it’s something a few of you might not have realized was part of Brantley Gilbert’s life. Back in 2017, the singer opened up about his sobriety – and specifically why he doesn’t like to use the word “sober.”

Previously, he had fought addiction and won. Now, he simply smokes weed – but says that he doesn’t like to label himself as “sober” because of that.

While Gilbert’s new toking anthem is surely a hit among his fans, he wasn’t done getting them all riled up with just some new music! Nope, he went ahead and announced a whole new 12-show tour with special guests Lindsay Ell and Michael Ray.

At the end of last year, he and Ell crafted a duet called “What Happens In A Small Town” – which was written about how he and his now-wife went through a breakup but came back together stronger.

Check out Brantley Gilbert’s song featuring Willie and Lukas Nelson and Colt Ford below and tell us what y’all think in the comments!

If you love it, go ahead and download it here!