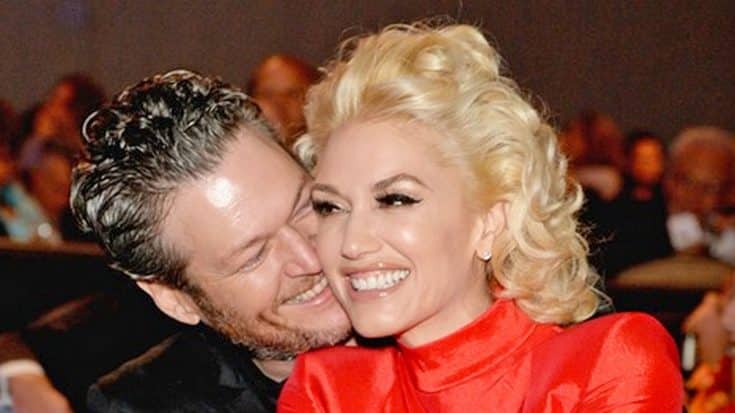 It’s official! Blake Shelton and Gwen Stefani are married after an 8-month engagement. Page Six reports that the couple said “I do” in a small ceremony on Shelton’s Oklahoma farm in front of a small crowd of family and friends on Saturday (July 3).

The country crooner and pop queen met on the set of The Voice in 2015 while both were acting as coaches and were rebounding from divorces. Both have said that they weren’t looking to start a new relationship so soon, but it was “unbelievable that God would put us in a position to have each other at that moment, in the same exact moment.”

By the end of the year, the pair were officially dating and went public with their relationship in 2016. Over the last five years, Blake and Gwen have released four tracks together including, “Go Ahead and Break My Heart,” “Nobody But You,” “Happy Anywhere,” and the holiday hit “You Make It Feel Like Christmas.”

Blake proposed to Gwen in October 2020 after the couple spent months in lockdown together in Oklahoma. The couple has been teasing their wedding ever since with Blake admitting that Gwen was doing all of the planning.

“If I was picking our meal, it would just literally be everything fried,” he told USA Today. “French fries, chicken tenders, you know, all of that stuff. I think [Gwen] knows that it would be a pretty classless wedding if I was in control.”

All of Gwen’s hard work paid off as the event appears to have been quite the event! Photos posted by Page Six show a stunning small chapel that Shelton reportedly had built just for the occasion decorated with plenty of white flowers, and white tables and chairs shaded by umbrellas. Video captured the moment that Stefani’s parents arrived and were transported to the wedding venue.

Page Six also reports that Blake had a new home built for him and his new bride. See photos and video clips HERE.

Congratulations to Blake and Gwen on their nuptials!