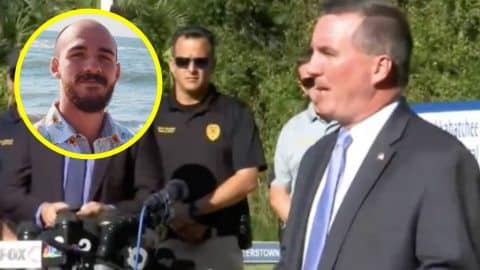 On Wednesday (October 20), the FBI revealed that they had found human remains during their search for Brian Laundrie in Florida’s Carlton Reserve.

According to NewsNation correspondent Brian Entin, the reserve was closed early Wednesday (Oct. 20) due to “Items of interest [being] located…in connection with the search for Brian Laundrie.”

FBI update:
Items of interest were located at the Carlton Reserve this morning in connection with the search for Brian Laundrie. An #FBI Evidence Response team is processing the scene. The reserve is closed to the public and no further details are available at this time.

The day before, Laundrie’s parents Chris and Roberta Laundrie went to help in the search for their son, according to their attorney.

2/2
…After a brief search off a trail that Brian frequented some articles belonging to Brian were found. As of now law enforcement is conducting a more thorough investigation of that area."

Authorities have been searching for Brian Laundrie, a person of interest in the murder of his fiancé, 22-year-old Gabby Petitio. Petitio was reported missing on September 11, a full ten days after Brian Laundrie returned home early from their cross-country trip…without her. On September 17, Laundrie’s parents reported him missing, when they allegedly hadn’t heard from him since Tuesday, September 14 when he went for a hike and never returned.

Two days later, on September 19, a body was found in Wyoming that was believed to be Gabby Petitio’s and later, autopsy results confirmed it was her. The cause of death was strangulation and the search for Laundrie and chatter online about the case intensified.

Friends hope the human remains are not Laundrie’s so they can still get answers to their questions. While many people online think it is quite convenient that the day after Laundrie’s parents finally cooperate in the search, his belongings are found.