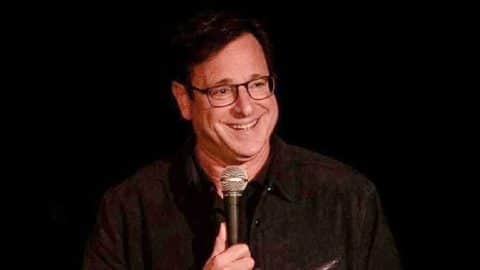 Bob Saget, the actor best known for his role as Danny Tanner on “Full House,” has died.

According to the Orange County Sheriff’s Office, deputies responded to a call at the Ritz-Carlton in Orlando on Sunday. When they arrived they found an unresponsive man in a hotel room. The man identified as Bob Saget, died at the scene. He was 65.

“Detectives found no signs of foul play or drug use in this case,” the sheriff’s office said in a statement posted online.

Earlier today, deputies were called to the Ritz-Carlton Orlando, Grande Lakes for a call about an unresponsive man in a hotel room. The man was identified as Robert Saget & pronounced deceased on scene. Detectives found no signs of foul play or drug use in this case. #BobSaget pic.twitter.com/aB1UKiOlmi

Saget was in Florida on his comedy tour “Bob Saget: I Don’t Do Negative Tour.”

In addition to appearing on “Full House” from 1987 to 1995, Saget also hosted “America’s Funniest Home Videos” from 1989-1997. Saget returned to his role as Danny Tanner for 10 episodes of the “Full House” spinoff “Fuller House.” In 2020, the actor appeared on “The Masked Singer” as Squiggly Monster.

This is a developing story.