By Manly Bryant on November 1, 2018
Advertisement 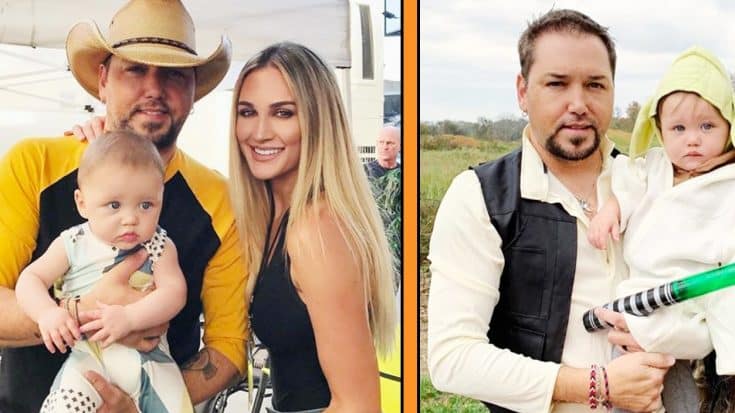 Halloween is one of the most fun nights of the year for both parents and kids alike, and nowhere have we seen that be truer than on social media from country superstars last night!

Many folks got decked out to the nines with glam-tastic costumes that would blow your mind, others donned some of the funniest inflatable suits ever seen, and even more handcrafted a costume with special pieces and items they already had.

You won’t even know who swiped all the candy! (cause let’s admit it, these days it’s more a “treat or treat” situation) – KU #HappyHalloween

#PJmasks , we are on our way, into the night to save the day! Happy Halloween 🎃

One of the most talented makeup artists (and wife of a country superstar) Brittany Aldean, had recently shown us how to pull off a killer Cheshire cat face with just a few bits of makeup – so it was to be expected that her family’s costumes would be “out of this world” – and they were!

She’s become one of the most-followed accounts on Instagram in country music and beyond. She’s crafting her own empire while also raising a truly-precious young boy and has another baby on the way! Fans all over were thrilled to see what she dressed up as for Halloween this year!

When the photos of Jason Aldean and little Memphis popped up on social media, we kept wondering where Brittany was!?

After a few seconds, it was clear that she was dressed up in a completely-unrecognizable outfit! Portraying Yoda, Hans Solo, and Chewbacca from Star Wars, this cute trio took off to a fellow country singer’s house for some Halloween fun.

This hairy situation of a costume probably had everyone baffled until she started talking!

Check out the clips of their Halloween night on the town below and let us know what you did for this festive fall holiday!

Brittany Aldean's Halloween was too cute for words #MemphisAldean pic.twitter.com/xLFcFAv1Ip