By Miranda Raye on August 26, 2021
Advertisement 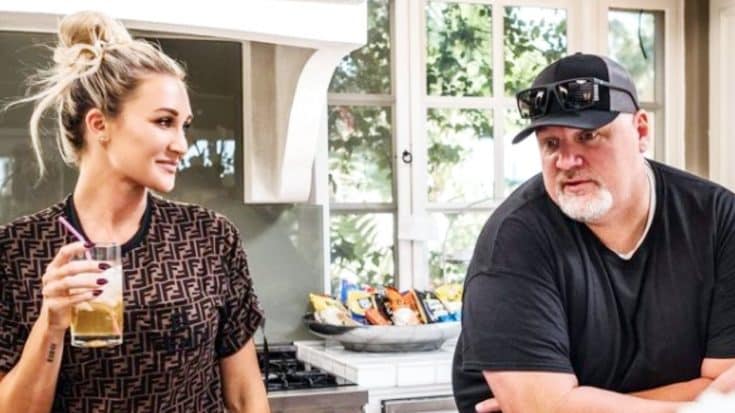 On Wednesday (August 25), Jason Aldean shared that his longtime friend, Ryan Fleming (AKA “Rhino”), had passed away. Jason and Rhino grew up together in Georgia, and Rhino later became a member of Jason’s security team:

“When it came time for me to hire a security guy that I knew would always look out for me and my family, There was no question for me that person was Rhino,” Jason said. “He came out and traveled the world with us and for years if u saw me, Rhino wasn’t too far away.“

Jason also revealed that Rhino was the person who pulled him offstage during the shooting at the 2017 Route 91 Harvest Festival in Las Vegas. “He was the person who pulled me offstage during the Route 91 shooting and put his life in danger to take care of me and my crew. He was a good man and an even better friend,” Jason said.

Jason later paid tribute to Rhino in a second post. “Thank you Rhino! See ya down the road one day bro. RIP,” he said.

Jason’s wife, Brittany, honored Rhino in a post of her own. She posted a series of photos and videos that captured memories she, Jason, and Rhino shared over the years.

Brittany’s heartbreak over Rhino’s death came through in her message, which read:

“I can’t believe I’m writing these words. Rheen, my buddy What a ride we were on… traveling the world, joking every step of the way. I will love and miss you forever. Thank you for protecting us. You are family, forever and always.”

Look below to read Brittany’s full tribute to Rhino. It’s obvious how much he’ll be missed…