By Manly Bryant on October 18, 2018
Advertisement 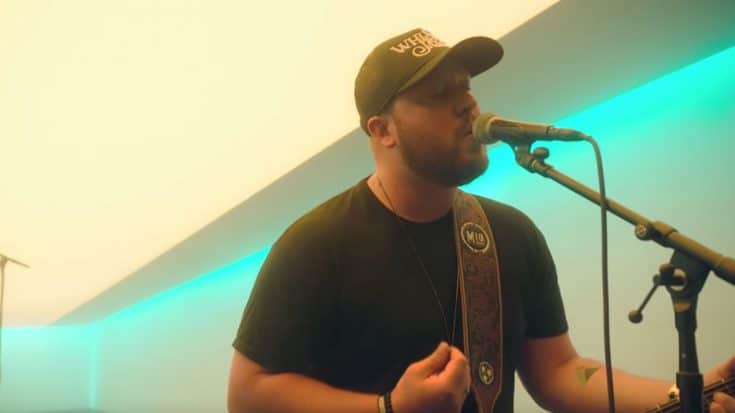 His roots run deep in the country music world and his vocals are a fit to match. Starting his singing career by singing soulful harmonies in church to joining a rowdy rock band in high school, his musical talents are far from limited. But it was the moment he started strumming his guitar to a different melody that caught the attention of his biggest fan, his mother. From that point on, he never looked back. Let us kindly introduce you to country music singer and songwriter, Mitchell Tenpenny.

Tenpenny has begun to make a name for himself in Nashville with his bittersweet symphonies. Tenpenny’s latest hit, “Drunk Me” took the world by storm with its heartbreak ballad. The soulful tune tells the story of staying sober throughout a breakup. The singer admits booze and broken hearts just don’t mix. Hitting 12 million views on Youtube, it became yet another country smash.

This past week, Tenpenny served yet us another catchy tune. The singer’s latest song “Alcohol You Later” will be featured on his newest album Telling All My Secrets. His full album is set to be released on December 14, 2018. Luckily, the “Drunk Me” singer gave us a little glimpse into what kind of songs the album will carry and in the coolest way possible.

The country star grabbed a couple of his friends to announce the set list for his fans. In a compilation video, singers such as Dustin Lynch, Brett Young, and RaeLynn named off the title of each track. If you’re as excited as we are, you can even pre-order Telling All My Secrets now!

M10 kept secrets & so did we… #TellingAllMySecrets track listing is… @dustinlynchmusic @brettyoungmusic @raelynnofficial @tylerfarr @grangersmith @nickfradiani @zdevin We can’t wait for TONIGHT’S preorder of your debut record!????☎️ We love you & are SO proud. A BIG thanks to all the amazing artists & managers who helped pull this one off… it’s something we will all cherish forever. -Team M10 #youvebeenhacked [link in bio]

In a Vevo DSCVR exclusive, Tenpenny released his live music video for “Alcohol You Later.” The video features Tenpenny and his three band members in a neon lit-up room. Presenting the song in a raw fashion was just another way to highlight the singer’s incredible vocals. The song narrates the relatable storyline of giving into temptation from an ex-lover after a long night of drinking.

Check out this brand new exclusive performance from Mitchell Tenpenny below!