By Miranda Raye on May 2, 2022
Advertisement 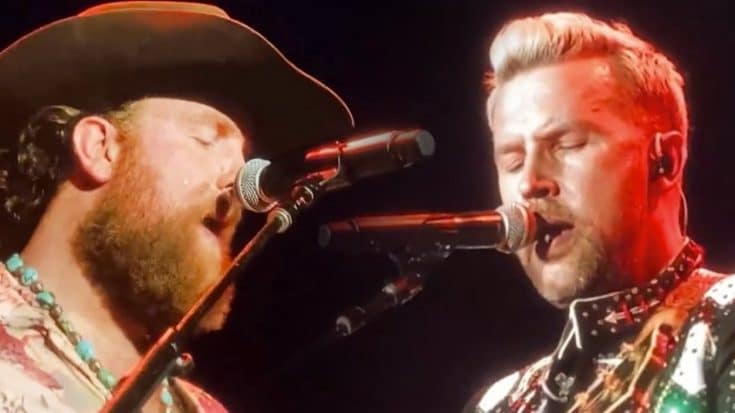 The country music community was devastated when news broke that Naomi Judd died on Saturday (April 30) at the age of 76. Her daughter Ashley released the following statement:

“Today we sisters experienced a tragedy. We lost our beautiful mother to the disease of mental illness. We are shattered. We are navigating profound grief and know that as we loved her, she was loved by her public. We are in unknown territory.”

Naomi rose to fame as one half of the mother-daughter duo The Judds. As The Judds, Naomi and her eldest daughter Wynonna earned 14 #1 hits. One of those chart-topping songs was 1984’s “Why Not Me,” which was released off of the duo’s album of the same title.

The Judds won a Grammy Award for Best Country Performance by a Duo or Group with Vocal for “Why Not Me.”

Brothers Osborne performed at the Stagecoach festival in California just hours after news broke about Naomi’s death. They wanted to pay tribute to her, and chose to do so by singing a cover of “Why Not Me.”

Georges Lang filmed Brothers Osborne’s tribute to Naomi and shared the video on Twitter. His caption is in French, but when translated, it describes the Brothers’ performance as “delicate.”

Watch Brothers Osborne sing “Why Not Me” in honor of Naomi below.

Our hearts and prayers go out to Naomi’s loved ones during this difficult time. She will be missed.