By Manly Bryant on October 31, 2018
Advertisement 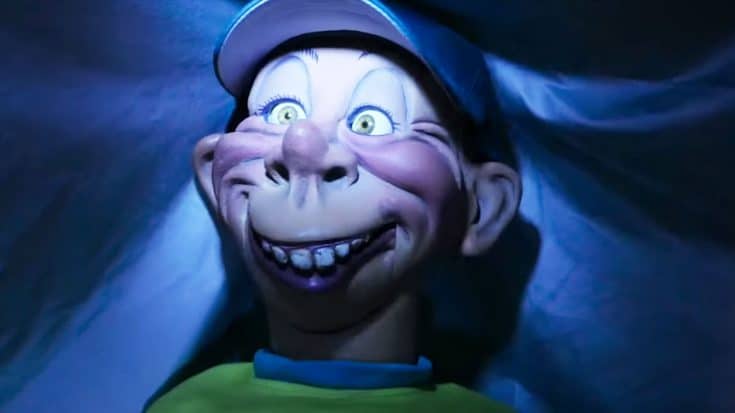 In honor of the spookiest time of year, Bubba J and his puppet friends spend the night celebrating. But in an unexpected turn of events, things go wrong. Bubba J is accompanied by his other puppet friends Walter, Achmed, Peanut, and José Jalapeño. Comedian and ventriloquist Jeff Dunham is the mastermind behind the puppets…  but could he be an evil mastermind?

Their night starts off with the five puppets hiding under a blanket with flashlights to light up their faces. One of the puppets, Achmed, thinks the group is crazy for wanting to tell scary stories. Although redneck Bubba J quickly admits that he thinks being scared is fun.

“Yeah it’s fun to be scared. Yep, good times. It’s the best if afterwards you feel like you need to sleep with your shotgun.”

Continuing on, he tells a story about one time he’s pretty sure a ghost stole his Halloween candy.

“Hey one morning after Halloween, I picked up my bag of candy and all the Snickers bars were gone. They had just disappeared. A ghost took them. That scared the crap out of me.”

After some realization and help from his puppet friends, the hillbilly realized maybe it was just his family who took the famous candy bars from his bag.

Once the puppets finally calm down, Walter, who is an old man starts telling his scary ghost story. It just so turns out that the story takes place exactly where they were having their storytelling party. As Walter tries to tell the spooky tale, the puppets keep interrupting him with their own versions of what they think happened next. After a while, Bubba J tries to figure out what really scares his puppet friends; most importantly old man Walter.

Just as the puppets are about to get it out of Walter, something horrifying happens. An intruder walks into the room holding a sharp butcher knife and approaches the puppets. Will they make it out alive?

Watch for yourself to reveal the horror!