Buck Rips Head Off Another Deer With Antlers

By Manly Bryant on February 9, 2021
Advertisement 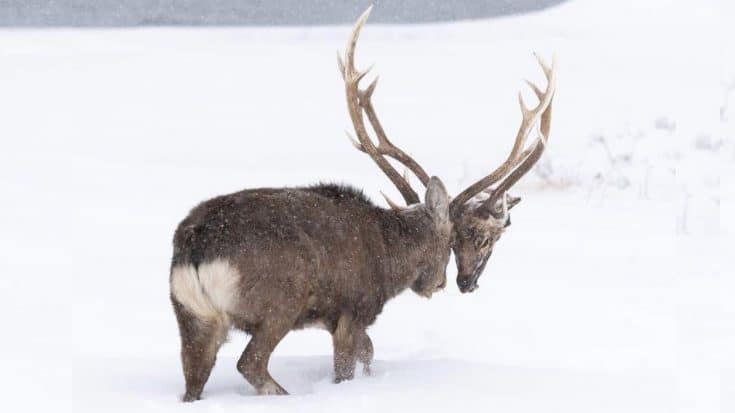 A man driving in Hokkadio, Japan captured some wildly bizarre footage of sika buck crossing a snowy road with the dismembered head of another sika buck locked in its antlers.

“This would suggest that the living deer had to lug the dead one around for a while before it was able to shed roughly 90% of that weight via decomposition,” Nature Is Metal explained.

Experts say the most likely reason the deer is in this state is because during mating season their testosterone has them so amped up that will lock antlers with any buck, including dead ones.

“I’m almost certain that’s what happened here – the disembodied deer was already dead and in an advanced state of decay, which made it easy to relieve the head of its body,” Nature Is Metal explained.

The actual truth of how this happened though will forever remain a mystery but hopefully, these two theories shined some light on how this could have happened. The good news is, eventually, the deer will shed his antlers and be released from this living nightmare.