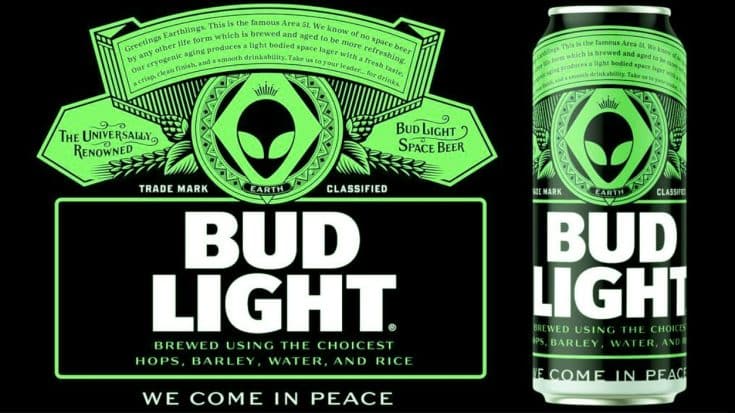 There are two things that are dominating the internet right now: pictures of people making themselves look old, and talk about Area 51.

As for how interest in the latter topic started, it all stemmed from a Facebook event, Storm Area 51, They Can’t Stop All of Us, which started out as a joke before it went viral. The event calls for people to raid the classified U.S. Air Force facility located in the midst of the Nevada desert.

The initial number of people who pledged to participate was staggering enough. But thanks to the viral coverage, there are now 1.6 million people who said they are going to participate in the raid on September 20, and 1.2 million more have indicated interest.

The movement has caught so much attention, the Air Force actually spoke out and warned people not to follow through with their plans to raid Area 51.

“The U.S. Air Force always stands ready to protect its assets,” McAndrews said, then going on to add that Area 51 is “an open training range for the U.S. Air Force, and we would discourage anyone from trying to come into the area where we train American armed forces.”

The joke event on Facebook has prompted an official response: "The U.S. Air Force always stands ready to protect America and its assets." https://t.co/rvHXAjpHTi

So why are people willing to risk upsetting the U.S. Air Force just to catch a glimpse of what’s inside Area 51? Well, for years, many people have believed that the location is home to super secret government projects…and also aliens.

The company first expressed that it was not in support of the raid, writing, “We’d like to be the first brand to formally announce that we will not be sponsoring the Area 51 raid.”

We’d like to be the first brand to formally announce that we will not be sponsoring the Area 51 raid.

But then, in response to a follower who commented, “Don’t be on the wrong side of history here,” the beer brand appeared to have a change of heart.

“You’re right. Free Bud Light to any alien that makes it out,” read the response. The company then issued a nearly identical statement in a standalone tweet as well.

You’re right. Free Bud Light to any alien that makes it out.

Screw it. Free Bud Light to any alien that makes it out. https://t.co/AOWOYL3Oyp

As if that wasn’t funny enough, the brand then tweeted artwork for special-edition alien-themed cans. Its profile picture has even been changed to feature the new black and green artwork.

“Area 51 Special Edition,” read the caption accompanying the new artwork. If you zoom in, you can see that the banner above the alien’s head reads the following:

“Greetings Earthlings. This is the famous Area 51. We know of no space beer by any other life form which is brewed and aged to be more refreshing. Our cryogenic aging produces a light bodied space lager with a fresh taste, a crisp, clean finish, and a smooth drinkability. Take us to your leader…for drinks.”

When one follower asked if Bud Light was serious about releasing the alien-themed cans, the brand responded that it would indeed release them. But there’s a catch…Bud Light says it will only release the cans if its post gets 51,000 retweets.

This is America. There's always a chance.

Only time will tell if the alien-themed Bud Light cans will soon be seen on store shelves near you. As of press time, the company’s tweet has over 9,000 retweets, so it still has a way to go to get to 51,000.

Those who have seen the artwork are all for it, so we have a good feeling that Bud Light will get the 51,000 retweets its looking for. What about y’all, would you buy the alien-themed booze?

You can learn more about the viral interest in Area 51 by tuning in to the clip below.