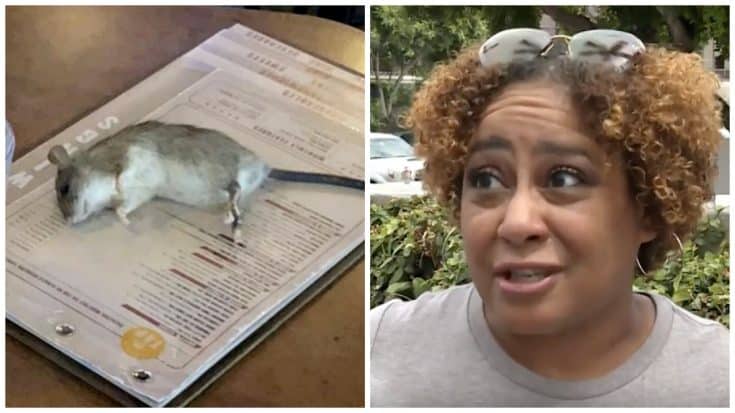 A Houston native was visiting a Los Angeles Buffalo Wild Wings restaurant on Thursday when she got a little more than she bargained for. Alisha Normal was at the restaurant watching the U.S. Women’s soccer team play Sweden in the World Cup when a live rat fell out of the ceiling.

Norman told Houston television station KTRK, “I heard a noise and we all looked up and down came the rat.” The store manager used two plates to remove the rat and placed it into a bag. “It was disgusting, it was still alive. Its heart was still beating.”

The manager compensated Norman for her lunch, and told media that “significant construction in the area caused the rat to the fall from the ceiling.”

The restaurant closed immediately for cleaning, but plans to reopen soon.

How would you have handled this situation? Let us know in the comments below.