Caeland Garner Sings ‘Dancing In The Moonlight’ On ‘Voice’ Season 15 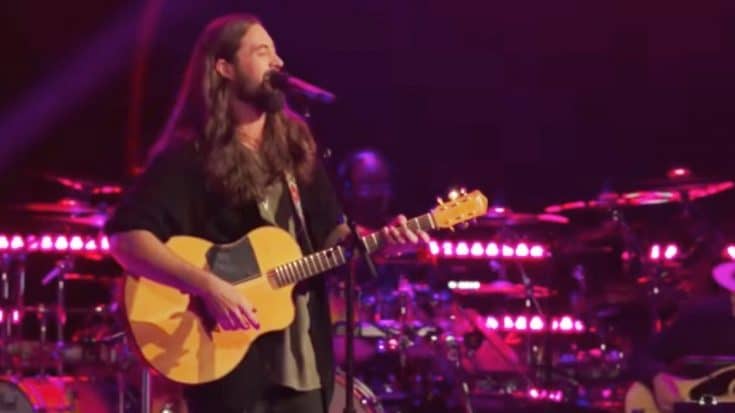 When the Voice coaches listen to those who perform during the blind auditions, they never know what to expect when they finally turn their chairs around.

The coaches were in for a number of surprises when 31-year-old Caeland Garner took to the stage to perform. Originally from North Carolina, Garner moved to Nashville within recent years in order to further pursue his dreams of becoming a singer.

One of Garner’s closest friends can be credited for helping him make that move. And that friend just so happens to be someone that loyal Voice viewers are familiar with…Red Marlow.

Marlow competed as a member of Team Blake during Season 13 of The Voice, and was a fan-favorite from the start. He made it all the way to the finale, where he came in fourth place.

So How Did His Audition Go?

Thanks to Marlow’s encouragement, his good friend Garner not only moved to Nashville, but decided to audition for The Voice as well. He soon found himself on the famed blind audition stage, hoping to charm at least one of the coaches with his take on the classic song, “Dancing in the Moonlight.”

All four coaches were instantly enchanted by the silky smooth sound of Garner’s voice. Still, only Blake Shelton and Jennifer Hudson turned their chairs for him.

Shelton was impressed with what he heard. He praised Garner’s performance, saying, “Your voice is so unique, and it sounds like it comes from a different period in time.” Later, he went on to add, “I’m a fan.”

After that passionate speech everyone knew there was nothing that Hudson could do or say to convince Garner to join her team.

Knowing about his friendship with Marlow, it seemed obvious that Garner was going to pick Shelton as his coach. But this little fact was something that Shelton didn’t know until Garner revealed it to him.

Once they knew about Garner’s friendship with a past Team Blake finalist, it was clear who he was going to choose as his coach. To no surprise, he picked Shelton.

Watch the performance that helped this Nashville singer land a spot on Team Blake by checking out the video below.