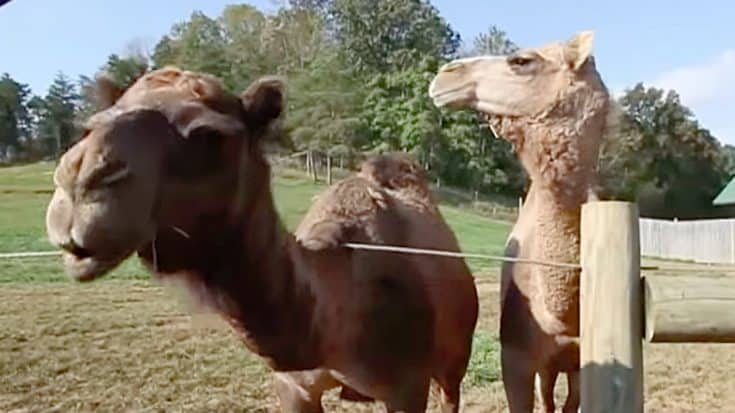 A fun day at a petting zoo turned tragic when one of the zoo’s camels attacked and killed two men.

The incident happened Thursday afternoon at Shirley Farms in Obion County Tennessee, northwest of Memphis. According to a press release from the Obion County Sheriff’s Department, they responded to a call of a loose camel at the farm. When authorities arrived they found two victims unconscious on the ground and the camel still on the loose.

The Obion and Lake County Sheriff’s Office, Ridgely Police Department, Tennessee Highway Patrol and the Lake County Rescue Squad all responded to the scene and attempted to move victims to safety and offer aid. While on the loose, the camel also attacked a sheriff’s car and made threatening advances toward deputies rendering aid to the victims. As a result, the camel was put down for the safety of those on the scene.

The victims have been identified as 42-year-old Bobby Matheny and 67-year-old Tommy Gunn.

Nick Beres of NC5 spoke with a family member of one of the victims who said that the men were trying to help capture the animal “when the animal cornered them and attacked…stomping them to the ground.”

“A full grown can fit your head, arm, leg, or torso in its mouth. They have enough strength to crush arms and legs along with your neck while kicking forward and backwards. Most animals can only kick backwards. Camels will do a combination of all those things while kneeling forward to crush you,” the expert said.

Our thoughts and prayers are with the victims’ families during this time.